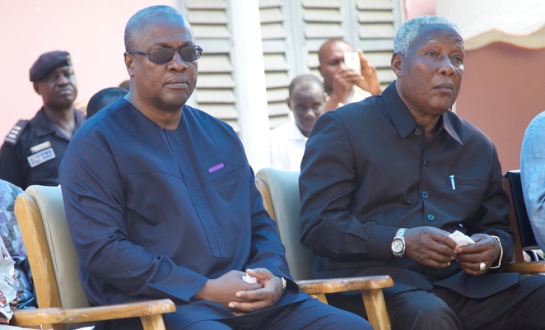 The Greater Accra regional National Democratic Congress (NDC) has jumped to the defence of outgoing Ningo Prampram Member of Parliament, E. T. Mensah following claims he is undermining the victory of the party in the constituency.

This comes on the heels of accusations from a youth group in the area called Victory for JDM 2016 that the MP was plotting to frustrate the party’s victory.

There’s no love lost between the MP and the NDC’s parliamentary candidate, Sam George after Mr Mensah lost the party’s primary.

According to the group, the five-time legislator is supporting and secretly funding the bid of the opposition NPP’s candidate Mr Sylvester Tetteh.

But Greater Accra Regional Secretary of the governing NDC, Victor Quarshie Adonu, speaking to Class News, said the allegations against the MP were false even though he is not publicly campaigning for Sam George.

“I don’t believe in this allegation, I don’t see it possible for E. T Mensah to go campaigning for an NPP candidate. E. T Mensah is a very respectable person in our party and … under no circumstance will he, as far as I’m concerned, or know him to be, campaign for an opposition party candidate,” Mr Adonu stated.

“However, whatever the situation is, whoever may be making this allegation against him, being a party member, must call the attention of the leadership in the region and we will investigate the matter and then deal with it as such. But publicly, he (E.T Mensah) hasn’t done that as far as I’m concerned but no matter what the situation is, I don’t believe him going out there and campaigning for an NPP candidate,” he added.