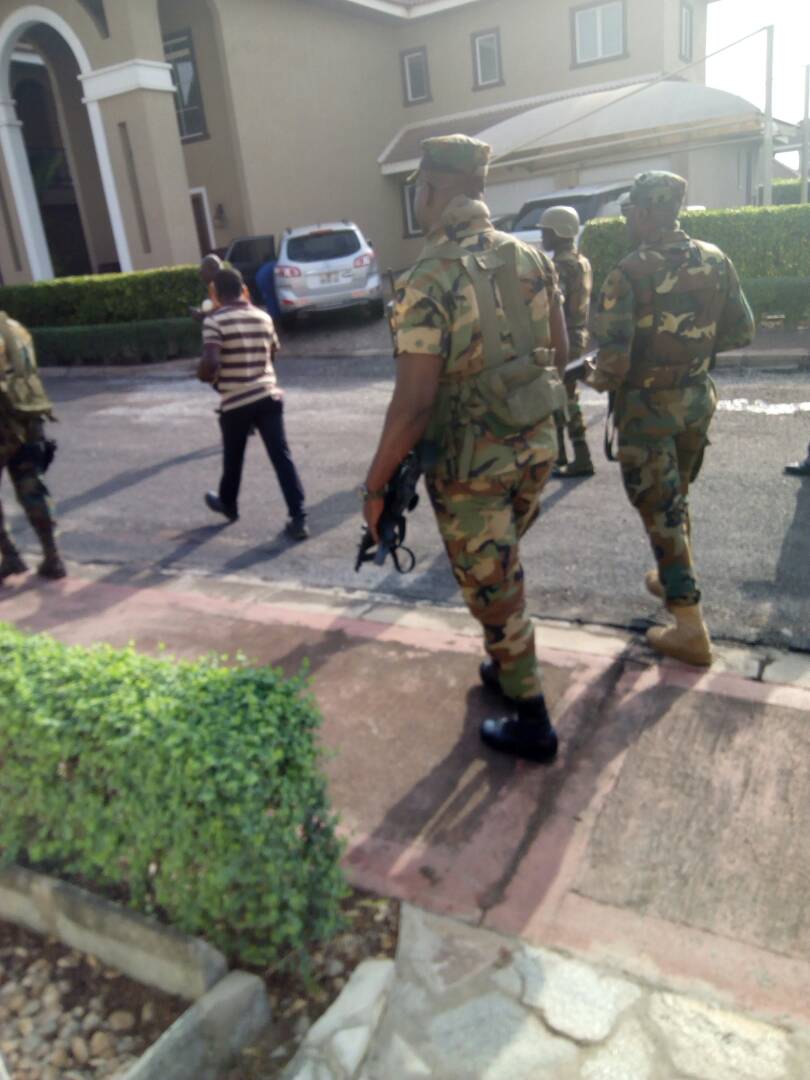 The Combat 8 Patrol team from Accra together with guards on duty at the Presidential Lodge at Peduase in Aburi have arrested a leader of a fake military group known as “United Army” and seven other Members of the group.

The suspect, Abdul Rashid Mohammed, 20, has been detained by the Police for further investigations.

The suspect told Police in his preliminary interrogation that he works with the parcel department of VIP transport, a claim that is under investigation.

Information gathered by Starr News indicates that the suspect who was arrested on April 14, 2018 at about 11:40am, was fully dressed in military Uniform at Peduase.

The arresting officers became suspicious of him prompting them to approach him and during interrogation it was noticed that he is a fake military officer. He was arrested and handed over to the Police.

He told Police that he got the Military Uniform from one Sowah.

Few minutes later, a group of seven young men all wearing army-green trousers,T-Shirts and long boots suddenly appeared and introduced themselves as members of “United Army”, a group formed by the suspect.

During interrogation they could not provide the legitimacy and the mission of the group therefore were also arrested and detained. Among them is Sowah whom the ringleader alleged provided him the military uniform.

The Public Relations Officer of the Eastern regional Police Command, ASP Ebenezer Tetteh confirmed the incident to Starr News adding that, investigations have begun since it borders on national security.