Credible information available to ‘Epa Hoa Daben’ on Happy FM can confirm that the former Minister for Transport, Dzifa Attivor has joined the race for the Volta Regional Chairmanship slot of the main opposition National Democratic Congress (NDC).

Happy FM is further monitoring the social media post of one Egypt Kpodoto; a Special Assistant to the former Transport Minister, who had to resign her position in the immediate past John Dramani Mahama led administration when the issue of the controversial Smarttys bus branding scandal broke in the latter part of last year.

The reports emanating from close allies of the former Minister suggests that since the party lost power in the 2016 elections to the governing New Patriotic Party(NPP), Madam Attivor has directed all her political arsenals including all her business ideas to the Volta region in pursuit of her political ambition as the upcoming regional chairperson of the NDC.

To make her ambition a reality in the region, Happy FM has further learnt that the former Transport Minister has established the first-ever private television and radio stations in the Volta regional capital, Ho.

She runs the radio station and television station under the company name Global Multimedia Company Limited.

Reports say no weekend passes by without the former Minister attending a funeral, naming ceremony or church activities in the region just to advance her course in the region.

These are part of her campaign strategies to make herself visible in the minds of delegates when the party opens nominations next year as part of the re-branding exercise ongoing by the National Executives of the party. 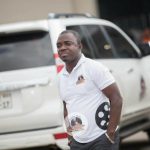