ABAKALIKI—A Peoples Democratic Party, PDP, chieftain in Ebonyi State, Mr. Abia Onyike, yesterday, stressed that the constant blame being heaped on former President Goodluck Jonathan over the state of economy by the Federal Government was a reflection of its unpreparedness to provide quality services to Nigerians.

Briefing newsmen in Abakaliki on the state of nation, Onyike stated that the Buhari-led administration was yet to make any new or original impact on the economy of the nation, apart from buck-passing and uncoordinated anti-corruption crusade.

According to him, the Federal Government has compounded its credibility problem by disobeying court orders, which equally portrayed it as “anarchic and syndicalist.”

He called on President Muhammadu Buhari to immediately set up a non-partisan economic recovery team made up of astute economic and financial wizards with the mandate to rescue the country from imminent economic retrogression.

“All hands must be on deck. The APC government should start providing qualitative governance and take steps to reduce political tension. The uncoordinated anti-corruption crusade is becoming controversial and Nigerians are getting fed up with the politics of buck-passing.

“The energy and time wasted in blaming past administrations and witch-hunting political opponents would have been used to focus on governance. This government does not appear prepared to provide in-depth services to the people.

“The exchange rate of the naira is now N305 to one dollar. This is the worst ever in Nigerian history. Mass poverty is enveloping the nation. Something has to be done to checkmate the rapid economic depression.

“President Buhari can set up a bi-partisan economic recovery team made up of astute economic and financial wizards to rescue Nigeria from economic retrogression.”

On the issue of Biafran agitation, the PDP chieftain faulted former President Olusegun obasanjo’s description of Biafra as ‘dead’ adding that the resurgence of the Biafran idea was a response to the politics of Islamic state militants who are threatening to islamize the country.

“Though the former President was right in blaming the Biafran agitation on frustration and marginalisation, he got it wrong by claiming that the Biafran idea was dead.

“Recall that 12 Northern states adopted sharia law in Obasanjo’s first tenure as President (1999-2003). Recall also that the first major event of the 21st century was the bombing of the twin towers in New York. Islamic terrorism has grown in the world. In Africa, the story is no different.

“In Nigeria, the local franchise of global islamization is the Boko Haram. Obasanjo should first of all fight to see that the Islamization policy is dead before wishing Biafra dead because the resurgence of Biafra may be the result of the fear of Islamization and political persecution since the Igbos are the largest Christian block in the Nigerian federation.” 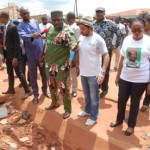 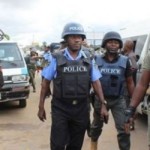