According to him, there is an outstanding debt of some 4.5 billion cedis which needs to be settled hence government’s decision to introduce the new Energy Sector levy.

The levy has caused an increase in petroleum prices by up to 27% compounding the effects of recent increases in utility tariffs.

In an interview with Citi News, after a meeting with Organized Labour over the tariffs which ended in a deadlock, Haruna Iddrisu explained that these are bitter pills that ought to be swallowed to improve the energy situation.
“It is important that the Ghanaian public appreciates why Government has had to take those difficult but necessary decisions to stabilize the economy and to fix the energy crisis and to prevent it from relapsing into a deeper crisis. Government currently has an outstanding debt which was part of the report the Minister of Finance submitted to Parliament which are all within the energy sector. And therefore the energy sector levy introduces among others a price stabilization adjustment which will allow government to deal with the 4.5 billion outstanding debt” he argued.
Ghanaians have described the recent fuel prices increases as harsh and insensitive considering that crude oil prices on the world market have been at its lowest in recent times, and that there cannot be a fair justification for the hikes.

The Public Utilities Regulatory Commission’s announcement of an increase in electricity and water tariffs by 59.2% and 67.2% respectively, forced the meeting between government and organized labor which demanded a reduction.

PURC had earlier met with the TUC and the Consumer Protection Agency over the matter. Secretary General of the Trades Union Congress, Kofi Asamoah said “organized labor reiterated our position of asking for reduction in the prices of the utility levels that were announced recently. Government also tried to do some explanations as to why there was the need for the utility hikes.”

“Beyond that, labour also took a position on the newly introduced energy sector levies. First of all we made it clear that they were undemocratically rushed through Parliament and there were no public consultations held and that it’s going to worsen the plights of Ghanaians. Government tried to also justify why they needed such taxes raised,” he added.
Mr. Kofi Asamoah however added that the meeting “did not really conclusively agree on any principle except some specific issues that were raised and we are supposed to meet again,” adding that “we are not happy about the outcome of the meeting.” 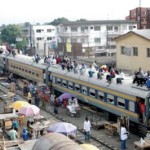