President Nana Akufo-Addo is barely nine months into office but appears to have come under barrages of criticisms not only from his opponents, but his own party, the New Patriotic Party.

From allegations of showing weakness in addressing the contaminated fuel disaster at BOST to not dealing with perception of insecurity in the country, everything has been thrown at him.

Though not his first time, Member of Parliament for Assin Central Kennedy Agyepong says the president should be careful because most of those he has surrounded himself with are sycophants whose sole interest is to use his name to further their corrupt agenda.

Speaking on Oman FM, Mr. Agyepong, who said part of the reasons why the NDC lost was because of the refusal of party members to speak out against the corrupt behavior of Ibrahim Mahama, said he will not sit and allow that to happen to the president.

He said one Duke Ofori-Attah and Gabby Asare Otchere-Darko have hijacked the president from everyone and are using their positions to engage in acts that could derail the party’s fortunes and sink the president’s image.

…”The President should watch the people he has surrounded himself with….If NDC had been bold and condemned the likes of Ibrahim Mahama and Randy Abbey they wouldn’t have found themselves in Opposition”

Mr. Agyepong said he will continue speaking the truth until he dies and nothing will stop him.

“I will plead with NPP especially those who are closer to him to be courageous and tell him the truth because your pretentious deeds are destroying the man.” 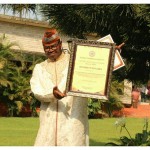