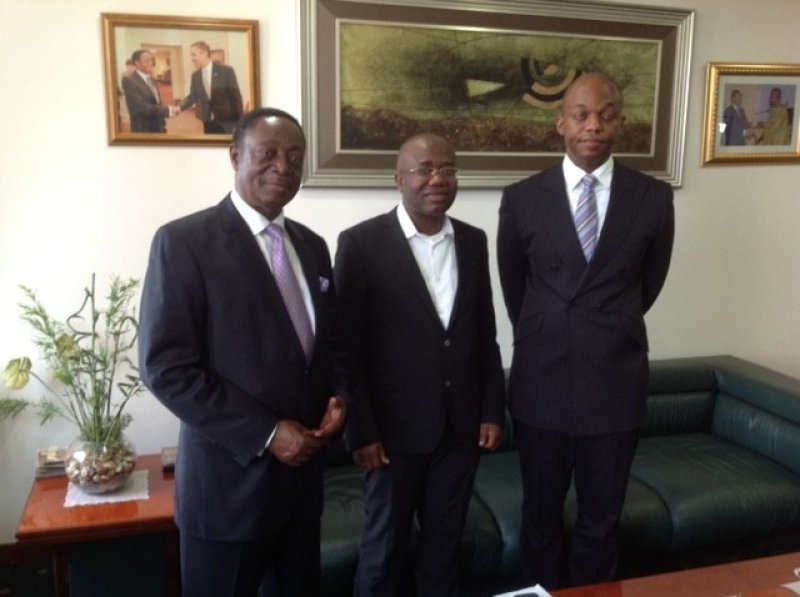 Ghana’s former finance minister Dr Kwabena Duffuor has hailed the Ghana Football Association (GFA) for establishing an endowment fund to cater for former national team footballers. Dr Duffuor praised the GFA on Wednesday when a high-powered delegation from the federation led by President Kwesi Nyantakyi visited him to thank him for the support he has offered the federation over the past few years. The GFA on Monday unveiled the plan to support retired national team players at all levels, both male and female, through the endowment fund which will be officially launched next year. Dr Duffuor, the founder of Unibank – the official banking partner of the Black Stars – hailed the GFA for the decision to set up the endowment fund to support struggling former national team footballers. “I heard this week about your decision to set up an endowment fund for former footballers who are struggling to make ends meet. This is a very laudable initiative by the GFA,” Dr Duffuor told the GFA delegation. “The living conditions of some of these players is very pathetic to have taken to decision to find means of supporting them shows that you have got the players at heart and you have a good vision.” Nyantakyi said the fund is also expected to bring relief to former and future national team players if they fall on hard times in retirement, pledging the body’s commitment to raising funds to sustain the initiative when it is officially unveiled in March next year. A five-member Board of Trustees has been formed and tasked to oversee the raising of funds and also manage the funds. A Senior lecturer of Communications Studies at the University of Ghana, Kwame Karikari will chair the board which includes Ibrahim Sunday, president of the Ghana retired footballers association and 1971 Best African footballer, Eric Ashitey (a chartered accountant), Kwaku Eyiah of the GFA and Seth Osei Agyin, the sports director at the Ministry of Youth and Sports.