The General Agriculture Workers Union (GAWU) has described the fired boss of the Ghana Cocoa Board (COCOBOD), Dr Stephen Opuni, as a polarising figure.
The Union’s secretary, Edward Kareweh, welcomed the government decision to fire him, saying Dr Opuni “tried to use divide and rule strategy” to undermine GAWU by financing the formation of a rival union.

“Nobody could talk, people were afraid of him, you need to have encountered. He has an aura around him that do not allow people to get close to…and then he victimises…and he disregards lay down rules,” Mr Kareweh told GHOne television.
Mr Kareweh also described Dr Opuni’s leadership as “appalling” saying cocoa production under his watch consistently declined.
He was fired on Friday by the government in a letter dated Thursday, January 12 and signed by the president’s Executive Secretary. Dr Opuni was given up to the end of Friday, 13 January, to vacate his office.
The letter said Dr Opuni “ceases to hold office as CEO of Cocobod upon assumption of office of President Nana Akufo-Addo.”
Dr Opuni is therefore expected to hand over every office document and property in his possession since he occupied the office as Chief Executive of Cocobod.

On February 2016, the Industrial and Commercial Workers Union (ICU) in a letter to the then Labour Minister, Haruna Iddrisu, said the attitude and management style of Dr Opuni was creating tension among employees, unions, as well as management staff, which could soon trigger unrest.

He was accused of creating a culture of silence in COCOBOD through intimidation, as staff who point out, his shortfalls are transferred to remote areas. 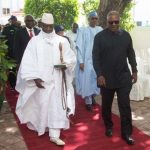