The NDC Member of Parliament(MP) for Buem Constituency in the Oti Region, Kofi Adams, has waded into the speculation of Dr Kwabena Duffuor lacing his boots to contest the NDC Presidential Primaries, saying the former Finance Minister will not put himself up for any trouble.

According to him, something would have to go wrong before Dr Kwabena Duffuor would think of contesting John Mahama in the Presidential Primaries as he has a good relationship with the former President.

He counselled that anybody who want to run against John Dramani Mahama for the right to be flagbearer of the NDC should take a clue from the results of the 2019 Presidential Primaries, when the other five flagbearer hopefuls failed to even poll 5 per cent of the total votes.

Whiles admitting that it is the democratic rights of every NDC member to put their names for an election, Kofi Adams, who stopped short of singling anyone out for criticisms, cautioned against possible candidates using the NDC presidential primaries as a guise to seek fame.

He, however, pointed out what such candidates, if they are so hell-bent on gaining popularity, can do to satisfy that desire.

“If anybody wants to be popular and he has money, even the filing fee alone, if he gives it to bloggers, they will help make him popular rather than to contest a Presidential Primaries that John Mahama is involved”.

“Bloggers can promote that person than to waste his money to contest John Mahama to gain popularity. We have not opened nominations and so I don’t want to mention names and besides, Dr Kwabena Duffuor has not declared his intention to contest the Presidential Primaries,” he insisted. 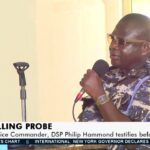 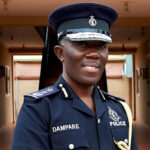