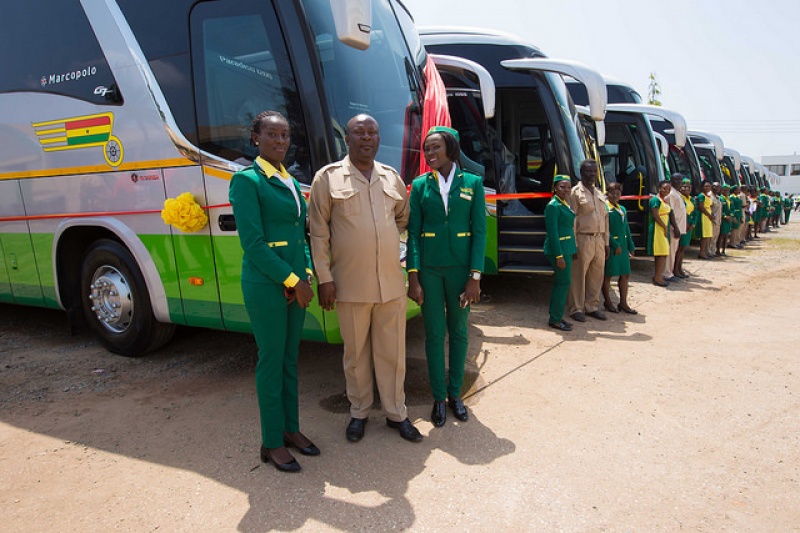 Chief Executive Officer of the Inter City STC Nana Akomea has warned NPP and NDC activists to refrain from turning the operations of the STC into a tussle between the two main political parties.

Some fanatics of the two parties, especially on social media, have been busy engaging in “credit claim” over whose regime revamped the then ailing transportation company. Recent photos on social media of some of the smartly dressed staff of the company further fueled the debate-resulting in name calling from both sides.

But in a lengthy post on his Facebook page, Nana Akomea, the man appointed to lead the transformation of the company, said there is no point reducing the entire operations of the company into political exchanges since it does nothing to further the company’s drive to become a leader in the transportation industry.

Mr. Akomea said though there is still more work to be done, he is grateful for the work started by his predecessor Nuamah Donkor, who led to the acquisition of 50 state of the art buses/coaches for their operations.

“I am encouraged by the interest in STC affairs expressed by Ghanaians on Facebook and elsewhere.I will plead that the transformation of this venerable state institution is not turned into an NPP-NDC rivalry.

Mr. Nuamah Donkor and his team played a great role in bringing STC back. They oversaw the acquisition of 50 state of the art buses/coaches in October last year. Indeed one newly revamped station is proposed to be named for Nuamah Donkor. The new management is building on this to totally transform the operations of STC and return it to profitability. “

Mr. Akomea said there are arrangements to add more buses to the existing fleets by December this year, while steps are being taken to begin an E payment platform by end of September with the support of both Stanbic and Uni bank.

“The “cabin crew” service which will transform passenger service in Ghana is set to roll. Recruitment of a 100 young ladies was concluded last week. Their training is ongoing. Trial runs will start next week Wednesday. The service will be fully launched first week of September 2017.”

He said the inconsistent WiFi service on the coaches is going through fixing and patrons will soon enjoy the long ride to their various destinations.