The National Youth Organiser of the New Patriotic Party (NPP), Sammy Awuku has stated the party cannot be blamed for the attacks by its members on the supporters of the National Democratic Congress (NDC).

According to him, though they were against such behaviour, they did no have the power to punish the perpetrators.

The NPP won a resounding victory over the NDC in the December 7 presidential and parliamentary elections, and the party’s presidential candidate and now president-elect, Nana Addo Dankwa Akufo-Addo has promised to unite Ghana going forward.

Though the conduct of the election itself was peaceful, jubilations by people associated with the NPP after the results were announced has been characterised by reports of widespread attacks on NDC supporters with some reported deaths.

Apart from the attacks, some supporters have also ben reported to have locked up or taken over some state properties.

These acts of violence and unlawfulness have been widely criticised with many calling on the NPP to rein in their members.

But condemning these acts in an interview on Asempa FM’s Ekosii Sen on Monday, the NPP National Youth Organiser the party explained that the party was not yet in power and could therefore, do little about the situation

“We condemn our party supporters going after state properties and attacking others. We don’t condone these acts but we cannot be blamed for any disturbances after the elections. We’re not yet in power. The security must work”.

He further pleaded with the party’s supporters to be calm saying “we don’t want anything negative to mar our victory as a party”. 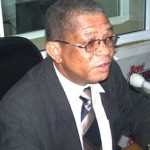 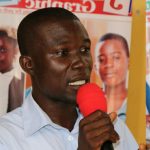