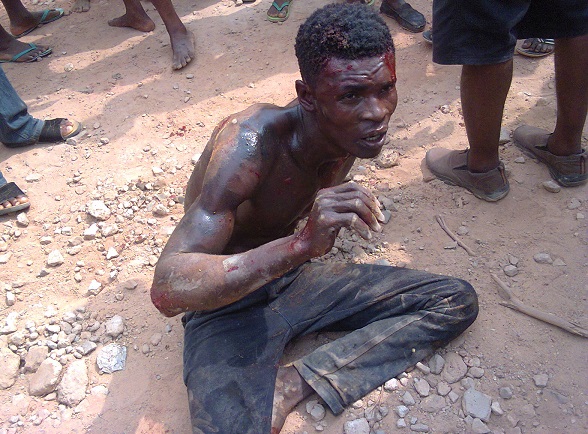 The New Patriotic Party’s parliamentary candidate for Cape Coast North, Barbara Asher Ayisi has rejected reprots that the man who attacked her on Saturday is mentally unstable.

The 22-year-old man broke into the house of the parliamentary candidate wielding an iron rod and a knife, while he searched frantically for her.

He pushed aside the parliamentary candidate’s driver who tried to stop him and broke the windscreens of a red saloon car parked on the compound.

He was later arrested by the police after he received severe beatings from some supporters of the parliamentary candidate.

Police also said the suspect has been sent to the Ankaful Psychiatric hospital for tests on his mental status.

“I don’t want to hear that this man is mad, I don’t want to hear that. If that is the case then it is strange because I have studied psychology and I know how mad people behave so for somebody to behave like this and then people say that this is a crazy or mad person, I have my doubts. I’m not going to believe it,” she told Joy News’ Central Regional correspondent, Richard Kojo Nyarko.