The Ghana Bar Association (GBA) has urged the Electoral Commission (EC) not give in to the political pressure to compile a new voter’s register ahead of the 2016 General Election.

The GBA made the call in a resolution adapted by its members after the Bar conference in Kumasi.

The association cautioned against “any hasty, poorly-informed and premature decisions of the EC that could compromise the search for an enduring solution that could advance national interest”, adding that: “…a trustworthy voters’ register and effective monitoring of electoral activities underlie public trust confidence in election results”.

To this end, it advised the electoral commission to look out for solutions and ideas in strengthening democracy in the country.

Calls for the EC to abandon the current voters’ register and compile a new one has intensified in recent days, led by the Let My Vote Count Alliance, which, two weeks ago, embarked on a demonstration which led to bloody clashes with police after some of the demonstrators veered off the approved route in apparent attempt to head to the office of the EC.

The LMVCA secured clearance on Monday morning to picket at the office of the EC Tuesday, but the police went to court later in the afternoon and won an order restraining them from doing so.

The police had argued that they had received intelligence that some criminal elements would attempt to destabilise Accra on Tuesday – a development they said would inhibit their capacity to offer protection to the demonstrators.

Siding with the police, the court said: “It is hereby ordered that the organisers of Let My Vote Count Alliance are restrained from demonstrating on the 29th of September 2015 but fix another date in October to give the police adequate time to prepare to ensure the safety of the demonstrators and the general public.”

The EC has yet to indicate whether or not the voters’ register will be changed, but has called on all political parties to send in their proposals on the way forward. 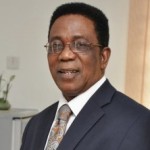 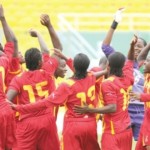