Prophet TB Joshua has declared that Hillary Clinton will win the American presidential election in a ‘narrow victory’ against her Republican rival Donald Trump.

With the attention of the world surrounding the contentious American elections slated for Tuesday November 8th 2016, the Nigerian cleric prophesied that the female candidate would win the coveted position.

Speaking to a packed congregation at The Synagogue, Church Of All Nations (SCOAN) on Sunday 6th November 2016, a service broadcast live to millions more on the popular Christian channel Emmanuel TV, Joshua said he saw the outcome in a ‘vision’ 10 days ago.

“Ten days ago, I saw the new President of America with a narrow win,” the cleric, who is renowned for his controversial prophetic abilities, began.

He described several ensuing challenges that would be faced by the new President, including “attempts to possibly pass a vote of no confidence” amidst difficulties in the passing of bills. “The boat of the new President will be rocked,” he described.

Despite his initial parabolic language, Joshua later clarified that he saw Hillary Clinton claim a hard-fought victory. “In order not to keep you in suspense, what I frankly saw is a woman,” he stated, in a message subsequently posted to his official Facebook page followed by over 2.5 million people.

Joshua, however, lauded Clinton’s outspoken opponent Donald Trump. “I want to salute the opposition – a very strong man and courageous. He is my friend because he is very, very courageous. Challenges don’t mean anything to him. The more they abuse him, the more he comes out to talk and smile.”

With several predictions circulating online which forecast a positive outcome for Trump, Joshua clarified that such visions may have been seen at an earlier date. “The men of God that said opposite – maybe they saw it 15 days ago,” he explained.

Joshua went further to reveal that two states would be instrumental in Clinton’s impending victory at the polls.

It was the cleric’s first appearance in his church following a four-month absence interspersed with crusades in South Korea and Peru.

“Challenges determine where you are spiritually,” he told the faithful earlier in a sermon. “How you react under pressure is how the real you reacts.”

An avalanche of leaked e-mails by WikiLeaks and a strenuous harping on them for propaganda effect by Donald Trump but all are coming to naught as former First Lady Hillary Clinton still leads the Republican nominee in all major polls in the United States.

Back home in Ghana, a straight fight between President John Dramani Mahama and Nana Addo Danquah Akufo-Addo of the New Patriotic Party (NPP) is set to tilt in favour of the former.

This is in spite of the numerous scurrilous attacks on his personality as well obvious falsehoods in political discourse the opposition has churned out.

In every nook and cranny of Ghana, there are visible signs that President Mahama is seriously at work in the fields of education, health, roads and other social infrastructure. Comparably to the NPP’s 8 years, it should obviously be a mismatch.

As history beckons in the United States of America for the first woman to be President, it is the contention of many that a temperamentally unfit homo sapiens cast in the mold of Donald Trump must be crashed once and for all. His vituperative outbursts make him non-presidential that he “cannot be trusted with nuclear codes.”

In a recent polling of 13 states considered as battlegrounds in determining who heads to the White House, the British Broadcasting Cooperation (BBC) predicts an easy win for Hillary with 51 per cent.
“For Donald Trump to have a chance, he needs to turn Florida and Ohio red and win a few others too. As it stands, while Trump is just edging Ohio, but Clinton is leading in Florida,” says the BBC.

Additionally, the US Stock Market has also predicted Hillary Clinton will win.
In Donald Trump and Hillary Clinton’s battle for the White House, investors have been trying to predict for months which potential president would be better for the stock market—and what the stock market itself is predicting to be the winner.
Billionaire businessman and NBA owner Mark Cuban, for one, thinks the stock market will crash if Trump is elected, while renowned bond investor Jeffrey Gundlach of DoubleLine thinks a potential Trump victory could threaten the global economy—even though he believes Trump will win.

Meanwhile, other investors have tried to pick the stocks that will soar depending on which candidate becomes president. A President Hillary Clinton, for example, is perceived to be good for stocks that benefit from Obamacare, environmentally friendly policies (say, solar power companies) and minimum wage increases. A Trump surge in the polls correlates with an uptick in the price of gold and a downturn in the Mexican peso (based on his pledge to build a wall between that country and the U.S.

Hillary Clinton is heading to Phoenix on Wednesday to campaign in the traditionally red state less than a week before Election Day.
“With more people voting in this election than any in history, Clinton will urge Arizona voters to take advantage of in-person early voting,” the campaign announced Friday. Her campaign manager, Robby Mook, told reporters Friday that Arizona is now a “battleground state” and that early voting data suggests Latino voters are turning out in force for Clinton there. “The race in Arizona today is tied,” Mook said. The state has 11 electoral votes, the same as Nevada.
Clinton is up a point and a half on average in public polls in the state, which has elected a Republican for president in nine out of the past 10 elections. Polling also suggests Clinton has a shot in the traditionally Republican states of Texas and Utah, though she has not scheduled appearances there.
Donald Trump has a rally in Phoenix on Saturday.
Clinton apparatchik Mook stressed that the campaign was not visiting Arizona because they are confident they will win other swing states and are expanding the map. “It’s not that these other races are put away, it’s just that the number of competitive races is increasing,” he said.
Latinos are predicted to make up more than 20 percent of voters in Arizona this year, and the Clinton campaign has been reaching out to them and other potential Democrats aggressively, sending their high-profile surrogates Michelle Obama, Sen. Bernie Sanders and Chelsea Clinton to the state in recent weeks.
The sing-song of the ruling National Democratic Congress(NDC) government in Ghana is that a resilient economy has been staked, further parting itself on the back with a recent description of Ghana by the World Bank as the best place to do business in West Africa.
In its 2012 Manifesto, the government remarked, “Ghana’s economy has seen steady progress over the past few decades and investor confidence continues to improve with the attainment of Lower Middle Income Country (LMIC) status. The average GDP growth rate over the seven-year period spanning 2009 to 2015 is 6.8% per annum compared to 5.8% per annum from 2001 to 2008 and 4.4% between 1993 and 1999.
“Macroeconomic stability remains key to the attainment of accelerated growth and development. With prudent and effective management of the economy, we have seen sustained growth over the last few years despite the challenging context of global economic volatilities (precipitous fall in commodity prices) and an economy in transition with attendant dwindling concessional financing and increasing cost of credit.
“On “home grown solutions” fortified by the consensus reached at Senchi, led to the development of a domestic agenda for growth and development that was used as the basis for initiating discussion with the International Monetary Fund for an External Credit Facility (ECF) Programme.

After two years of implementation, the ECF is contributing to the reversal of adverse movements and allowing macro-economic indicators to resume positive trends. Economic growth is on the rise, the rate of inflation is moving downward, the exchange rate is stable, and even appreciating as a result of a reducing budget deficit. Improvements in the balance of payments have contributed to increase in the level of reserves.”

“We commit to sustaining the reforms that have turned our fortunes around and confirmed the potential of our economy. We also commit to implementing the Economic Transformation and Livelihood Empowerment Programme (ETLEP) to create more jobs for the citizenry for enhanced incomes,” the NDC government has assured

Investor confidence has been high, attested to by the fact that global companies continue to invest in our economy. Ghana attracted US$9.7 billion in Foreign Direct Investment between 2013 and 2015. Work commenced on the US$7 billion Sankofa hydrocarbon project, which the World Bank guaranteed with US$700 million.

From government’s side, victory is a foregone conclusion but the opposition NPP is leaving no stone unturned as its flagbearer crisscrosses the country with his message.

From all indications, it will be difficult for Nana Addo to defeat Mahama at the polls. Having superintended over a divided and acrimonious NPP family, an apathy garb donned by traditional NPP voters will rob him of some percentage points compared with the 2012 presidential results.
And his counterpart in the US, Donald Trump is losing big time. His attacks against blacks, Muslims and neighbouring countries have affected his popularity ratings nationwide, putting Hillary Clinton on an easy ride.

What Others Are Reading 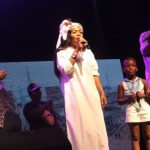