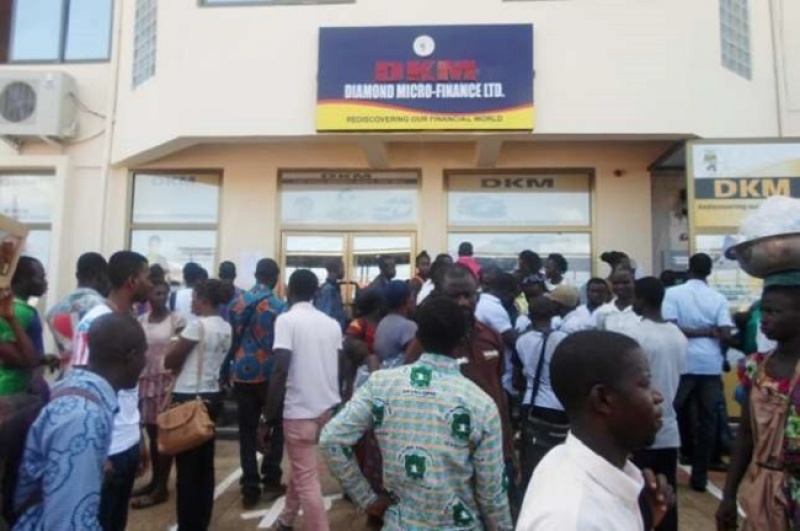 The President of the Republic Nana Williams Addo Danquah Akuffo Addo is on a “working visit” to Brong Ahafo after his one week enjoyment in London with his entire extended family at a cost to the tax payer and the poor farmer in Sandema.

His visit to the Brong Ahafo Region is more of political because even his own NPP members are accusing him of taking advantage of his tour to campaign for Alhaji short against Stephen Ntim.

Meeting the good people of Nkoranza and Techiman showed clearly that the President had no plan of fulfilling his campaign promise on the investment issue which he used as a political tool to sweep votes in the Brong Ahafo Region.

There was disappointment wherever the President stepped because he was only trumpeting Free SHS instead of their investment monies the President promised to retrieve for them.

One of the major causes of NDC’s defeat as a party in the 2016 election happens to be the tragic meltdown of most of our financial institutions in the country especially in the Brong Ahafo Region.

The meltdown of DKM, God is love, Care for Humanity, Perfect Edge, Jaster motors, Little Drops and many others led to lost of lives and collapse of businesses in the country.

When the issue was tabled before President John Mahama he appointed an independent liquidator to sell the assets of the said owners of the fun clubs to enable pay all those who were victims of the meltdown.

The liquidator did well and started making payments before we lost the 2016 elections.

Prior to the election, NPP made lots of noise about the DKM issue. More especially, the NPP Brong Ahafo MPs took advantage of the pain we were going through together as a region and really made political gains from us.

The NPP and President Nana Addo, then candidate Nana Addo in Berekum was clear and emphatic that the fun clubs belong to JM and Lordina and should he become the president he will see to it that within the first three months our monies will be paid with interest.

But NPP changed the rhythm of the song after they won the election in 2016.

Instead of paying the customers of the various fun clubs, the finance minister said they wouldn’t pay because it is not in their manifesto.

Shortly after, we heard the Brong Ahafo Regional Minister, instead of pushing for payments to be made, decided to buy the DKM head office in Sunyani at the cost of 7.5million Ghana cedis for himself as claimed by his regional youth organizer.

Last year I was reliably informed Major Derrick Oduro who made lots of noise about the financial meltdown while in opposition has also bought Jasta Radio which belong to the CEO of Jasta motors.

Maxwell Mahama a Special aide to the Brong Ahafo Regional Minister made it clear that the only fun club they recognize is DKM but with others, they would have to fight their own battle.

It is very pathetic to hear that those who are supposed to champion the release of the money are now jumping over themselves and buying the properties of the accused persons.

The body language and the utterances which I know the media will hide from the public showed that those who met the President shows that they were very much disappointed in his message to the people of Brong Ahafo.

A well known NPP member in Nkoranza, Asimadu Alexander who deposited over 120,000 with Jasta motors openly said Nana Addo and the NPP had already lost the 2020 election because from what he has seen, the President has no intension to pay their monies to them as promised in 2016.