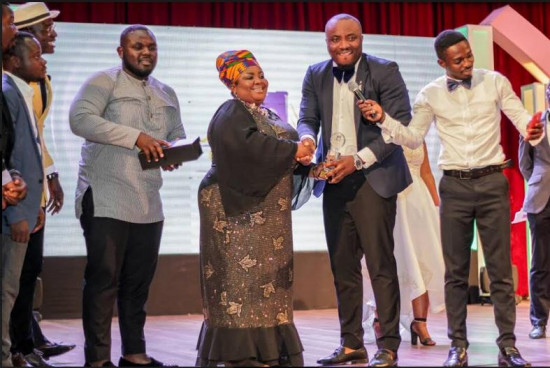 The rise of comedy in country is getting encouraging. In the past few years we have seen a breakthrough in the comedic industry which has brought about and army of dedicated comedians who are striving hard to put GhComedy on the map of the world.

In light of the hard work, Doxa Productions organized the first comedy awards dubbed; Comic Awards Ghana which was held, Friday, 1st September 2017 at the National Theater. The event which was organized to honor the unsung heroes of GH comedy saw amazing performances by Lekzy DeComic, Comedian Hogan and International performer Kenny Blaq.

The comedian posted a picture of himself with the awards with the caption “We won the 2 biggest awards of the night. Comedian of the year and Stand-up comedian of the year. I can’t thank you enough for the votes and support all these times. God bless you massively. #EnemyNoBeGod #Vimyaazo”

Other winners on the Night were Lekzy Decomic, Clemento Suarez, Laughline to mention a few with KSM receiving the lifetime achievement award. Comic Awards Ghana is an award scheme set out to reward the hard work of comedians in the country.