In 2007 or thereabout I attended a New Year School at the University of Ghana, Legon. The Guest Speaker for the opening ceremony which took place at the university’s Great Hall was Mr. Ishmael Yamson, formerly of Unilever, Ghana.

He made an interesting observation on what Ghanaians use as the major reasons to change governments, which I agreed with him intoto.

Mr. Yamson said, anytime we have had to change a government we accused the sitting President or the Head of State of corruption!

Dr. Nkrumah CPP was corrupt, we removed them.

Prof. Busia Progress Party was corrupt, we booted them out.

Colonel Acheampong’s National Redemption Council was corrupt, we kicked them out! And later shot Acheampong for corruption.

Gen. Ankrah & Gen. Akuffo were corrupt we booted Supreme Military Councils I & II off and later killed the two generals for corruption.

Dr. Hilla Limann was corrupt, he was overthrown. He later died a pauper.

PNDC/NDC was corrupt, we showed them the exit.

President Kufuor & his NPP were said to be corrupt and the NPP was shown the exit!

President Mahama & his NDC are in power and they are being accused of corruption.

My question is those we accuse of corruption, where do they come from? Are they not Ghanaians?

Is it not time that we scrutinise properly all those seeking our mandate to be President. Let’s go beyond the rhetorics, some could be stinking more than a sitting President and his government.

If we are happy using examples from the US elections, let’s also copy them in the way they scrutinise their potential Presidents. The recent Trump-Hilary contest is a classic example. The American people saw the two very well and made a choice.

The writer is a visiting lecturer at Harvard University. 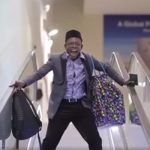