A Human Rights Lawyer, Francis Xavier Sosu says the “blanket dismissal” of some 501
new recruits undergoing training at the Army Recruit Training School at Shai Hills in the Greater Accra region smacks of administrative injustice by the Ghana Armed Forces.

Lawyer Sosu argued that eventhough insubordination and gross indiscipline is not to be entertained in the military, what the Military high command did is a clear violation of the rights of the affected recruits.

He said a report that the 501 plan on suing the Army is in order since the Ghana Armed Forces opened up itself to legal threats by taking such a high handed decision without due process.

Some 501 recruits undergoing training at the Army Recruit Training School at Shai Hills in the Greater Accra Region were asked to go home for misconduct.

Their dismissal, reportedly followed recommendation by a board of inquiry set up to investigate the misconduct of the trainees.

Officials say they were spared on account of their relatively young stay at the training camp.

But speaking in an interview with Accra-based Citi FM, the Human Rights Lawyer said the sacking of the 501 was done in a rush and lacked any proper investigations.

“Even if you want to terminate the employment of these persons,you don’t bundle all of them and throw them out like that- it must be in accordance with law and due process”

“It raises concern for those who were not involved or directly participated in the said insubordination but were affected by the decision. Especially in the absence of evidence to show that they were involved, some of them can go to court for an order for them to be reinstated” 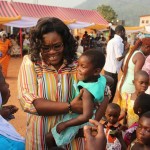 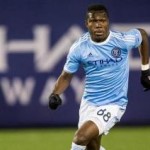