Political economy is the study of production and trade and their links with custom, government and law. It is the study and use of how economic theory and methods influence and develop different social and economic systems, such as capitalism, socialism and communism, and it analyzes how public policy is created and implemented. Since various individuals and groups have different interests in how a country or economy is to develop, political economy as a discipline is a complex field, covering a broad array of potentially competing interests. This definition and explaination was taken from
http://www.investopedia.com

From the definition above, this article would focus on delivering the context within which the Ghanaian economy is being handled with the following on hindsight: custom, theory, ideology and demands of the people vis a vis the political lecture of the running mate of the opposition to the National Democratic Congress (NDC).

The Ghanaian economy is mainly import based, service driven, consumption imbibed and demand for social and infrastructural services. Any government within this context must be measured to the extent that steps are taken to meet all of these at any given opportunity.

Everywhere you go, people are demanding for many things including roads, potable water, hospitals, electricity, schools, and many more. Placing the various economic theories along these lines, African governments can only, but fold their arms and watch their economies because they would be vilified by the Bretton Wood Institutions with the aid of their local assigns.

What they have failed to tell is that the various Africa economies would require huge financial resources to be able to extract the minerals that are buried in the earth that would eventually lift their economies on the pedestals that the theories have focused on.

Today, the world powers are unable to raise funds internally to meet their capital expenditure. They are running to the Chinese government for loans and aids to enable them execute their projects. Clearly, an endorsement that no African country should remain deluded that it can generate income from within to meet all its developmental needs.

Capital expenditures in themselves are not bad investments. For instance, opening up our oil fields for external investment cannot be regarded to be wrong. Indeed, these are things the Bretton Wood Institutions would always applaud because it fits into their scheme of driving foreign dominance in the various African economies. Extraction of oil, gold, and other exportable products would eventually pay off.

Borrowing to fix roads, build hospitals, among others, would eventually pay off. Inasmuch as hospitals are regarded as social services to the people, these services are paid for. Tolls are paid for road usage and so, eventually, the investments would generate returns that would pay off.

In light of these, political parties in Africa must be concerned about the nature of politics they play on the lives of the people. In Africa, socialism relates more with the people than capitalism. This emanates from the very core of our societies. African societies are mechanical in their solidarity.

It is on this basis that I have concluded that our very core as Africans places as more as mechanical as we relate base on natural factors from our societies; tradition and kinship. This is what must define our politics. Politics cannot be divorced from the reality of the people.

Measuring performances of any government in the quest to grab power must not be engaged in as a foreign policy on the people based on the ideologies of political parties whose main focus does not hold the core of our societies as Africans.

Listening to the lecture of Dr. Bawumia, it was an insult on the traditional leaders of Ghana to claim that presentation of vehicles to the National House of Chiefs is bribe to warrant his ‘one chief, one car’ ridicule. The National House of Chiefs is a creation of the Constitution of the Republic under Article 271 of the 1992 Constitution. The provision of subvension rests on the shoulders of government. The provision of tools to augment the activities of the House cannot be bribe.

In meeting the demands of the society which usually comes from the chiefs and the people, one cannot disregard the level of deprivation in the rural areas. The people need massive and immediate development just as they see in the cities. To them, GDP, Inflation, Per Capita, Deficit, Exchange Rate, and what have you, do not matter.

As much as we must care about who holds the productive sectors of our economy, which eventually reflects in our Gross Domestic Product (GDP) which consist of all production within the Ghanaian economy, we cannot lose sight of the need to accelerate our development. The option being offered by the opposition to the NDC cannot be swallowed hook, line and sinker.

Indeed, any promise of any political party seeking power must be scrutinised strenuously. The promise of one district, one factory cannot be made in isolation without knowing who would spearhead that agenda. No capitalist government, the ideology the NPP claims to belong to, would embark on building factories that are state owned. It is not an economic theory admissible by the capitalists. It was not surprising that after the promise was placed under strict scrutiny, the promise backtracked into placing the private sector at the centre. We are now clear it is not a development to be embarked upon by a government of the NPP.

It emerged eventually that the assessment of the government at the political lecture of the running mate of the opposition had confirmed the position of the NDC that they had long denied. The running mate asserted that the government is engaged in too many activities over this short period. Clearly, we have been given an option; to continue to vote for a government that is doing so much at this time of our development or to replace it with a government that would do less.

I cannot assume how Ghanaians would vote against President John Dramani Mahama for building too many hospitals, too many schools, increasing enrolment into the teacher and nursing training colleges, constructing too many roads, building too many fibre optic cables, providing people with so much water, providing too many affordable houses, retooling the military, police and fire services so much, paying Ghanaian public sector workers so much salary than what it inherited. Ghanaians cannot be ungrateful to the president.

In conclusion, activities of the likes of the opposition we have in Ghana, must be situated clearly. Running around with messages that hold the views of a few which insult the intelligence of the many would not fetch them votes that would bring them close to power. Politics must be real. The policies, ideologies and lectures must reflect the reality. It is high time people who have some appreciable level of education began putting to strict assessment, comments made by people who are apparently made by our society, and to enable the unsuspected society make informed decisions. 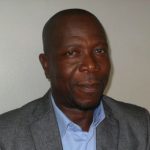 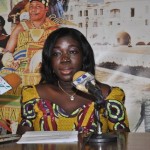