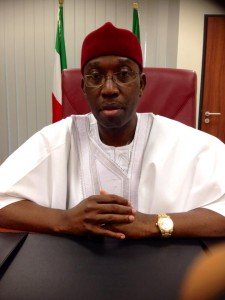 He, however, charged Deltans to be more cautious and take proactive preventive measures against future occurrences.
Ossai, when he visited some major scenes of fire disaster in Asaba, Agbor and Warri to ascertain the level of damage and conditions of victims, pointed out that most of the fire incidents were caused by the carelessness of the victims as they could have been avoided.

He said, “Today, the entire office that is the Bureau for Special Duties and the State Emergency Management Agency, SEMA, are taking a tour round the state where there were fire outbreaks. We started by visiting Anioma Petrol Station which was burnt and goods worth millions of naira lost.

“We visited some other places within Asaba metropolis, from where we moved to Agbor, where we visited Ika Grammar School which lost seven classrooms to fire. The fire was caused by bush burning and we observed that the farms they had in the school were too close to the classrooms, thereby leading to the fire incident. We warned them not to farm in such places. We also visited other places, business premises and residential buildings, in Ika North-East and Ika South where property worth millions of naira had been lost to fire.

“We are in Warri now and this is the fifth place we have visited in Warri. In fact, it is very unfortunate that Deltans have suffered so much as a result of fire outbreaks. We want to use this opportunity to advise Deltans to be very cautious in their use of inflammable materials. We know that some of the incidents were caused by accident and we pray that such incidents do not occur again. We should learn to always switch off our electrical appliances when we are going out and be more proactive.”

The commissioner, who was accompanied by the Director, SEMA, Mrs. Gladys Puegeren and the Director of Planning Research and Statistics, DPRS, Mr. Emmanuel Siakpere, said the purpose of the visit was to see how government could assist the victims, adding that the life of every Deltan was important to the state government.

“We know that the government of Dr. Ifeanyi Okowa will see how it can compensate these persons. The victims are Deltans and they are very important to the state government,” he said.

One of the victims, Mr. Godfrey Ihenchukwu who lost his residential multi-million naira duplex in Edjeba, Warri, commended the commissioner for the visit, saying that “their visit shows that we have a government that is responsive to the plight of the people.”