Barely few days after the MP for Asante Akyem North, Kwadwo Baah Agyemang, was accused by the police of inciting a recent attack that led to the death of a Fulani in the renewed communal clashes, the Deputy Minority Spokesperson on Defense and Interior, Major (Rtd) Derek Oduro, has boldly charged the people of Agogo to defend themselves against the Fulani herdsmen, since the security forces have failed them.

The Fulani herdsmen have been consistently accused of engaging in violent crimes against the locals in the area and other parts of the country where they have settled.

Three years ago, a Kumasi High Court ordered the Ashanti Regional Security Council to flush out all cattle and Fulani herdsmen in some specific areas of the district but that is yet to be enforced.

Speaking on Citi Eyewitness News, Major Oduro, bemoaned the lack of action on the part of the authorities of Agogo and the government arguing that they should have declared a state of emergency immediately the disturbances resurfaced.

“You do not need any authority from anywhere as a Regional Commander, as a District Chief Executive, as a Municipal Chief Executive to put into motion this operation “cow leg” once you find out that Fulani herdsmen are there causing havoc to the inhabitants,” he stated.

Major Oduro believes the lack of a proper response from authorities made the people of Agogo feel the need to defend themselves.

He also stated that any action of self-defense by the people of Agogo in this regard will be considered lawful.

Major Oduro urged authorities to take control of the situation and afford the people of Agogo the protection they are entitled to by the constitution saying, “We have to move into the situation to show them that they are Ghanaians and the constitution mandates us to provide adequate security for them. They don’t have to even request for it.”

He further supported earlier calls from the Member of Parliament for the Asante Akyem South Constituency, Kwadwo Baah Agyemang, to deny the Fulanis in the area services like transport and trade and even suggested these measures taken are “mild”.

According to him, the people have to defend themselves at all cost but stated that a line must be drawn when it comes to taking human lives.

“If somebody is attacking you, killing you, you have to defend yourself… we are not saying kill that person; but whatever steps you will do to extricate yourself from the problem is what I am talking about.”

“I wouldn’t want a situation where they say let’s pounce on them and kill them. No. I am against that,” he later added.

Major Oduro is of the view that the people of Agogo simply don’t want the Fulani men around they should be understood in that regard.

“I am not saying they should go and kill them but if they are saying no, we don’t have anything to do with you. You [the Fulani] are criminals, you are murderers, you are rapists so don’t come to us.” 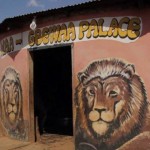