The ceremony was held at the Revolutionary Square, opposite the Flagstaff House. Some prominent people who joined the former military ruler at the ceremony are Minister of Fisheries, Sherry Ayittey; Greater Accra Regional Minister, Nii Laryea Afotey Agbo; and the governing party’s deputy General Secretary, George Lawson.

The lighting of the perpetual flame for this year’s anniversary was done by ACP Nuhu Jango, the Nima Divisional Police Commander flanked by two female officers: Eva Opare Addo and Mavis Tetteh.

Limann led Ghana from September 24, 1979 to December 31, 1981. He came into office on the ticket of the People’s National Party (PNP) after winning democratic elections organised by the Rawlings-led Armed Forces Revolutionary Council (AFRC), which overthrew the Supreme Military Council (SMC) led by General Akuffo, on June 4, 1979.

The young flight lieutenant would, 27 months later, on December 31, 1981, overthrow the same president whose instalment he oversaw.

Rawlings’ first coup attempt was botched on May 15, 1979. He was arrested, court marshalled and sentenced to death. His fellow conspirators in the army broke him out of jail just before he could be executed. He then led the bloody June 4 coup, which extra-judicially executed some army generals.

The young Flt. Lt. led the Provisional National Defence Council (PNDC) for eleven years, after having toppled Dr Limann. He subsequently stood for, and won two democratically organised elections in 1992 and 1996, as a civilian on the ticket of the National Democratic Congress (NDC), which he founded. 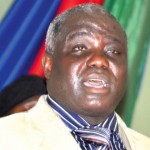