Sixteen persons including two drivers died on the spot with many others injured following a deadly mid-night car crash involving two buses at Yapei-Yapala in Central Gonja District of the Northern Region.

Northern Regional Police Spokesperson, ASP Mohammed Yussif Tanko, has confirmed the accident, saying at about 1.42 am on Sunday, the police got information that there was an accident around Yapei Yapala so they rushed to the scene and found three damaged vehicles.

According to him, per preliminary investigations, they found that the driver of a Neoplan bus with 70 passengers onboard from Nalerigu to Ejura on reaching a section of the road at Yapei-Yipala on the Tamale-Buipe Highway was attempting to overtake a cargo car ahead of him in a curve.

In the process, according to ASP Tanko, he collided with an oncoming bus with registration number GM 5383-12, killing 16 people including both drivers on the spot with several others seriously injured.

“About 1.42 am, a suspect driver whose name is not yet known was in charge of Neoplan bus with registration number GW 2659 T with 70 passengers on board traveling from Nalerigu to Ejura on reaching a section of the road at Yapei-Yipala in a curve on the Tamale- Buipe Highway he attempted to overtake a cargo car ahead of him”, ASP Tanko said.

In the process, the vehicle crushed with an incoming bus with registration number GM 5383-12, Sixteen people including both drivers died on the spot and several people were injured and were rushed to Tamale Teaching Hospital for treatment”, he added.

According to him, the dead persons have been conveyed to the Tamale Teaching Hospital Mortuary for preservation as they collaborate with other agencies to remove the accident vehicles from the scene. 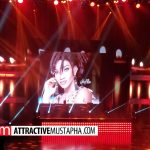 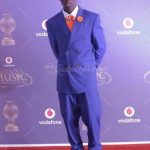