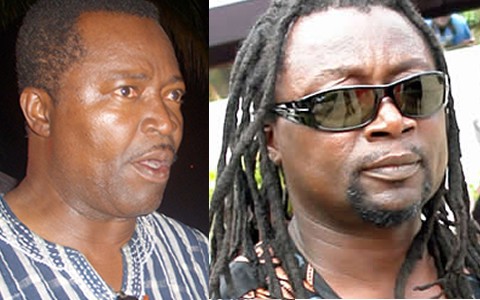 A court in Accra has granted actor David Dontoh bail in the sum of 150, 000 cedis with two sureties for stealing from his employer in 2010.

Dontoh and veteran musician Amandzeba Nat Brew were said to have withdrawn some 93, 000 from the accounts of one Mr. Kwame Wadada of Africa Awake without the latter’s consent. Both were arrested in 2014 and detained at the Nima Police Station. A warrant was subsequently issued for their arrest when they failed to report on several occasions.

A long-standing issue, both Dontoh and Amandzeba were in May 2013 served notice to refund the money with interest within 14 days or face legal action. They failed to do.

A suit was subsequently filed at the Fast Track Division of the High Court on July 22 2013 asking the two to render accounts.

Africa Awake 2010 at the time claimed that in May 2010, it received a Public Private Partnership sponsorship to the tune of GHc150,000 from the government of the late President John Evans Atta Mills. The money was to be used for the establishment of the Atta Mills Legacy Project.

They added that except for an amount of GHc19,500, which they were aware was spent on various projects, Brew and Dontoh made unauthorized withdrawals between May 24, 2010 and June 10, 2010 to the tune of GHc125,000 without their knowledge.