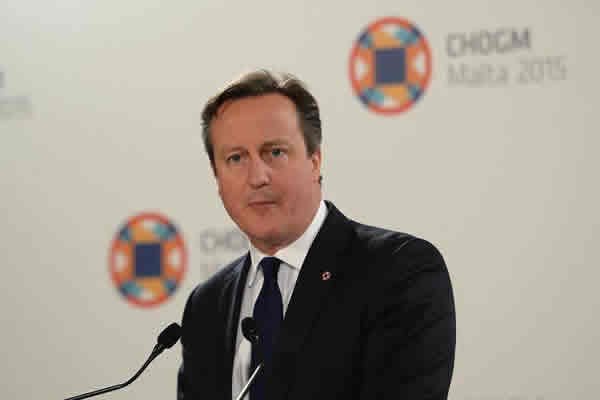 UK Prime Minister David Cameron has called on leaders of developing countries to step up efforts to end corruption in their respective countries.

He said this in a meeting with President John Dramani Mahama and other leaders of developing countries on the sidelines of the 2015 Commonwealth Heads of Government (CHOGM) meeting in Malta, Europe.

Revealing details of their meeting with the UK Prime Minister, President Mahama said they “talked about strengthening governance institutions…and also moving to less cash pay societies into more cashless societies to reduce the impact of corruption.”

According to the President, collaboration between developing countries to track down illicit transfers that are made into accounts was another issue discussed at the meeting.

Another thing that was considered was the collaboration of developing countries to tackle terrorism.

He joined other leaders in Malta for the CHOGM Malta 2015 which was opened on Friday morning by Her Majesty, Queen Elizabeth II.

The Commonwealth is a voluntary association of 53 Independent States, which came together after the decolonisation of the British Empire and is headed symbolically by HM Queen Elizabeth II.

From Malta, President Mahama will travel to Paris, France for the 21st Conference of the Parties (COP 21) of the UN Conference on Climate Change.