First and foremost, CVM would like to congratulate Martin Amidu and the Parliament’s Appointment Committee for the successful vetting exercise.

Both the Majority and Minority Members on the Appointments Committee did very well by unanimously approving Martin Amidu as the Special Prosecutor.

Martin Amidu was very confident, honest and left a lasting impression in the minds of Ghanaians with his answers during the vetting.

It is quite unfortunate that Hon. Kennedy Agyapong has described Martin Amidu as “very arrogant, very very arrogant who can’t take a simple joke” And that Martin Amidu is bitter and cannot work with “free mind”

The Office of the Special Prosecutor is not for jokes, it is a very serious anti-corruption office which requires serious-minds to manage that office and Martin Amidu has just demonstrates that.

President Akufo-Addo cannot and will not call Martin Amidu to order. It is very unnecessary to do so and even the Special Prosecutor Act does not support the suggestions by Hon. Kennedy Agyapong.

Nobody in the NPP has the right to order President Akufo-Addo about to do or undo anything against Martin Amidu.

According to Kennedy Agyapong, Martin Amidu will give NPP Government alots of problems if the powers that be, fail to tame him and that all he has to do is just to call one appointee or the other for investigations and the NDC will begin trumpeting that there is corruption in this administration.

And majority of the NDC Members are also afraid that Martin Amidu will come after them, to destroy the NDC, John Mahama and appointees of Mills/Mahama’s Administration.

All those who are opposed to the appointment of Martin Amidu as Special Prosecutor are suffering from unnecessary worries and apprehension.

Let’s us all support Martin Amidu and officers at the Office of Special Prosecutor to administer financial and economic justice for Ghana.

As for CVM, if NDC or NPP collapse as results of corruption fight and the taxpayers monies are retrieved, protected, intact and not stolen, Ghanaians will forever be happy and grateful to President Akufo-Addo and the NPP Government for the establishment of the Office of Special Prosecutor.

If Ghanaians will make savings and enjoy socioeconomic development and prosperous Country through the collapse of NDC and NPP so be it. It will be better this way than having appointees stealing and amassing the wealth of this Nation for themselves.

Bravo President Akufo-Addo for good workdone and posterity shall be your judge. Ignore the rants and those who selfishly think about Party first at the detriment of the Nation. 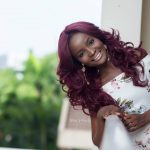