Over two thousand four hundred (2,400) delegates of the Convention People’s Party (CPP) are expected to converge on the Trade Fair Center in Accra for a National Delegates Congress to elect a new Presidential Candidate for the upcoming General elections in November this year.

Samia Nkrumah is highly tipped to emerge victorious but faces stiff opposition from Bright Akwetey who has contested on three occasions and Ivor Greenstreet, the party’s immediate past General Secretary.

The party’s Chairman Professor Edmund Delle has said he is satisfied with the process that selected the aspirants and believes a credible candidate will emerge to lead the party.

Speaking to Citi News, Professor Edmond Delle, said all the candidates have been given a level playing field to compete for the position.

He said he has advised all the party executives not to openly campaign for their preferred aspirants.

“I have advised all my executives that nobody should openly campaign for any candidate,” he stated.

According to Prof Delle, any executive found actively campaigning for any of the candidates will face sanctions from the party.

“Should I come to notice that a member of the executive is consciously campaigning for one presidential candidate, I think disciplinary action will be taken.”

Prof Delle is of the view that executive members can indeed harbor their personal preferences among the candidates but must not openly campaign for a candidate per the party’s code of conduct.

“Once you are a member of the executive, you cannot openly campaign for one presidential candidate so I can tell you that according to our coded of discipline, you are not allowed to do that.”

The congress is going ahead despite reports that Onsy Nkrumah, who was disqualified from contesting for not meeting the requirements has secured an injunction to stop it.

The party’s General Secretary, Nii Armah Akomfrah has told Citi News although the party has received the writ, its lawyers have advised they can go ahead with the congress.

Below is a report filed by Citi FM’s Sammy Wiafe analyzing the chances of the contestants. 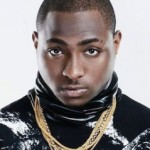