Financial analyst and social commentator, Sydney Casely-Hayford has admonished supporters of the Convention People Party (CPP) to join other political parties because the Nkrumahist party he believes, is a “dead force.” He argues that the CPP cannot resurrect no matter the circumstance because it is not appealing to the current generation of Ghanaians.

The CPP party was formed by Osagyefo Dr. Kwame Nkrumah in 1949 and helped Ghana to gain independence from its colonial masters, the British, in 1957.

However, Dr. Nkrumah was overthrown by some disgruntled Ghanaians through a coup d’état in 1966, and ever since then, the CPP has never come to power again.
Several attempts at the presidency with Dr. George Opesika Aguddey, Paa Kwesi Nduom and Abu Sakara as as leaders of the party have yielded no positive results.

Speaking on Citi FM’s new analysis programme, The Big Issue when the election of Ivor Greenstreet as the CPP flagbearer was brought up for discussion, Sydney Casely-Hayford argued that though executives of the party are working hard to revive it, “so far as politics is concerned in Ghana, I think the CPP is a dead force.”

“I do really believe that the CPP as a political force in Ghana is dead. I believe so sincerely and it cannot resurrect. I don’t think the CPP can ever resurrect, I think its era is gone and the modern generation is more focused on different ways of doing things and different views. I wouldn’t say executives and supporters are wasting their time because some persons have devoted their lives in doing so I won’t say that people are wasting their life but I think the CPP is a dead force,” he insisted.

She argued that “CPP will never die… There are people who believe in the ideals. The ideals of self-determination, pan-Africanism; of ensuring that we do things by ourselves and social justice, as long as there are people who believe in social justice, self-determination and pan-Africanism, CPP will never die.”

CPP will never die
But speaking on the same programme, the Second Vice Chairperson for the CPP, Susan Adu Amankwah disagreed with Casely-Hayford. 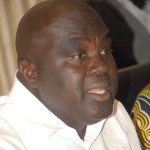