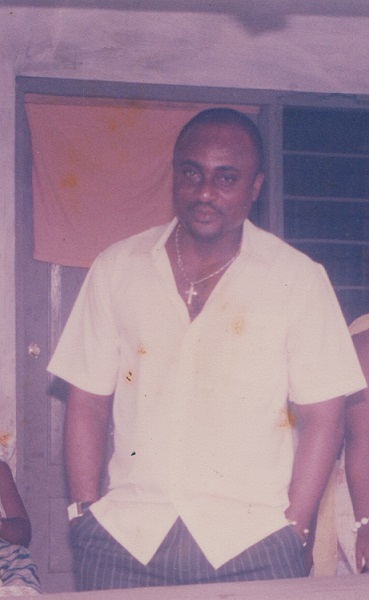 The suit, the republic vrs the National House of Chiefs, ex-parte, Samuel Nii Arku Danso from the national register of chiefs simply is that there is a suit pending at the Ngleshie Alata traditional council, as to who is the rightful chief of Dansoman.

According to the release, the presiding judge, His Lordship Justice Gibson K. Adzagli, dismissed it on grounds of invalidity.

Precisely also follows the ruling by the judicial committee sitting of the Ngleshie Alata Traditional Council on August 25, 2015 at James town in Accra, dismissing suit number natch/jc 1/2012, the Dansoman Royal council wishes to also affirm that Alhaji Issah Oblitey is not and cannot be head of family of Nii Kojo Danso I dynasty and lineage, likewise his agents, assigns, successors, followers etc.

‘The magistrate of the Accra central district court, Her Worship Mavis Kwainoe, granted order for enforcement of the reliefs order in the ruling by the three member panel of the judicial committee made up of Nii Ngleshie Addy chairman, Nii Odametey I member and Nii Ashifla Okudzema I member,’ the release added.

It noted that, “The defendant Alhaji Issah Oblitey is not head of Nii Kojo Danso l royal dynasty of Ngleshie Alata, Dansoman. That the defendant has no locus standing capacity to institute distoolment against first and second plaintiff by nature of section 40(1) and 63(abc) of the chieftaincy act 759 of 2008.

“The defendant has sinned against the provisions of section 40(1) and 63 of the chieftaincy act of 759 of 2008, and that his alleged position as head of Nii Kojo Danso dynasty is null and void.”

The release indicated that ‘per these solid competent judgement and order, Alhaji, his agent Samuel Nii Arku aka Sammy and their followers are all imposters so far as the Dansoman royal stool of Adjumanku Dawurampong Ngleshie Alata stool is concerned.

‘Anyone who transacts or purchase any property(s) belonging to the Dansoman royal stool from them do it at their own risk.

‘That also gives palpable evidence to the effort that Mutin Nii Arku Danso is the legitimate and Gazette chief of Dansoman on the stool name Nii Kojo Danso II.’