I’ve recently become sexually active, and I’m kind of nervous about the whole thing. My mum doesn’t know. My question was this: Is there a way to tell if you’re pregnant within the first week of having intercourse? My boyfriend always prematurely ejaculates, but we use a condom every time. I’m not on any form of contraception, though I’d like to be. I’m worried his semen could have gotten inside me and I could get pregnant.

Your worry is a common one shared by many. It is good that you and your boyfriend are being careful and using condoms. Condoms are very effective protection against pregnancy or sexually transmitted infections but they are only as good as our use of them. So condoms must be used for all vaginal intercourse or even the penis being near the vaginal entrance. Sometimes couples only put the condom on after the guy has already been inside or near the vagina and as you say, precum can be enough to make a pregnancy happen. Keep in mind that sperm are swimmers.

Having a pregnancy test usually involves your period being due. The earliest test is a blood test done by a doctor about two weeks after ovulation . Urine tests, such as home test kits need a bit longer as they are looking for hormones from the pregnancy to show up. It sounds like you are careful so I doubt you have any reason to be worried about a pregnancy unless there was a slip up that has got you worried.

You clearly don’t want an accidental pregnancy and you are being careful and informed. Your mum may surprise you when you do decide to talk to her about being sexually active. Her main worry will be wanting to know that you are okay and safe from pregnancy. But if your family is deeply religious, it is a different thing altogether. 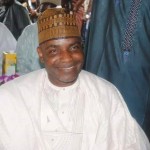 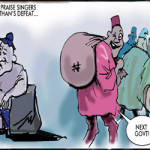