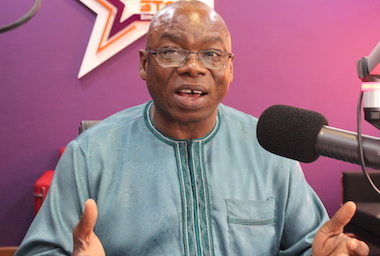 The Presidential Advisor on Corruption and Governance, Daniel Batidam has stated that the country is performing well in clamping down on corruption.

Ghana placed 7th in Africa at the 2015 Corruption Perception Index by Transparency International.

According to Transparency International, citizen activism contributed to this new position.

Speaking on Ultimate breakfast hosted by Prince Minkah, he attributed this development to media reportage on corruption, saying it has had a positive impact on government’s efforts in fighting this canker.

‘Well as far as the index is concerned, we have performed well; it means we have moved from one point. I would like to believe that part of the reasons for dropping by one point in 2015 might be the many exposures, reportage on corruption. What it means is that we are in the position where we have the potential to make progress and to achieve some success as far as the fight against corruption is concerned,’ he explained.

He advised government not to rush into celebrating the good news, saying it should desist from being complacent in fighting against corruption.

‘As Ghanaians and not just government, we should pat ourselves on the back and not begin to celebrate and be complacence and think that now we are there so we don’t need to make further efforts,’ he entreated.

He envisaged that the country is within a range of hitting the pass mark.

According to him, government has created a conducive environment for CSOs, media and stakeholders to participate in the fight against corruption by demanding for accountability.

He observed that many citizens in other African countries did not have these rights and liberties of engagement in the fight against corruption.

‘This is something we Ghanaians must be proud about,’ he said.