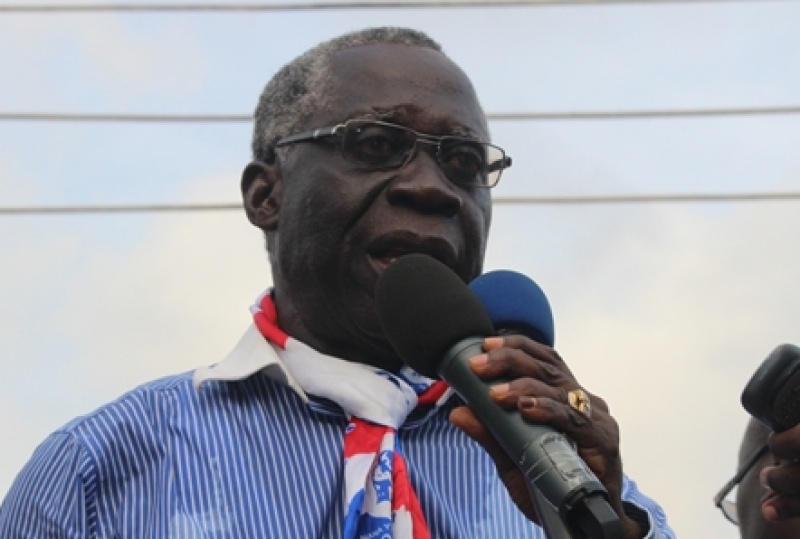 Senior Minister Osafo Maafo, has inadvertently confessed that the corruption allegations the NPP made against the NDC government in the run-up to the December 2016 elections were based on mere perceptions, not facts.
The corruption allegations which were made against the Mahama-led NDC government almost on a daily basis contributed in part to the NPP winning the elections and being in government today.

The confession of the Senior Minister means the allegations were largely acts of deception which the electorate swallowed hook, line and sinker and voted for the NPP in the election.

Osafo Maafo, making the shocking confession to journalists in Accra earlier during the week said the NPP government through EOCO and police CID is now looking for information with which to prosecute alleged corrupt NDC officials.
“Investigations are going on. We want to do a thorough work before we come out. We don’t want to look like…look, we are dealing with political opponents so we should not use perception to criminalize people.

You must do thorough investigations by professionals. We have EOCO.

We have the CID. All of them are working…It must be made based on facts and figures. You cannot be in a hurry and come to wrong conclusions. We have facts on some of them, some of them we are adding. You want to have a full proof documentation. You are going to court.

The people will also take lawyers and you are going to debate it. So you just don’t think that…if you don’t do a good preparation, you don’t do a good case you will go and lose the case in court. We do not want a situation where because of poor preparation from outside, from docket, we lose a case. We must make sure we prepare well,” he told the journalists.

While the NPP was in opposition, it leveled corruption allegations against government appointees claiming they were facts and once they are voted into power, they would begin prosecution immediately based on those facts. However, eleven months in government, according to Osafo Marfo, they are now trying to gather the facts, a confession that their allegations were based on lies.

Information gathered by the ‘Daily Post’ reveals that appointees of the NDC government are being hauled before EOCO by the day on the quiet but EOCO’s investigations are turning out nothing incriminating against them. Yet, EOCO officials are under pressure to turn up whatever with which the NPP government can prosecute the former appointees.
Frustrated, the phones of some of the appointees have been seized, sent to London, illegally opened and every message stored on it read in a desperate attempt to nail the NDC officials. Not finding anything, even the friends of some of the appointees have been contacted in a bid to get them to incriminate the appointees.
In what is certainly an inquisition, even audited accounts of institutions some of the appointees headed are been subjected to forensic audit and the conclusion, without giving the opportunity to the appointee to first respond to it as should be the case, forwarded to the police on the basis of which the police is expected to say there is prima facie case against the appointees.

Osafo Maafo’s confessions will come as a shock to many Ghanaians who really believed the NPP’s accusations that the Mahama-led government was corrupt was borne out of facts for which they voted for the NPP to be in government today.

Already, Multimedia Group Limited has apologized to former BOST boss, Kwame Awuah Darko, saying it has no evidence that he was involved in corrupt acts as alleged by maverick politician, Hon Kennedy Agyepong, on their TV station, ‘Adom TV’ recently.