This month’s elections in Kenya are being held at a pivotal point in the nation’s history. Stability is not only vital for the population but also for the land-locked countries at the end of road links through the country. Since independence in 1963, Kenya has never missed holding elections every five years.

Arguably, however, the stakes now have never been higher. Disputed results in 2007 erupted in violence which left more than a thousand dead. Technical failures in the voter registration systems in 2013 led to disputed results and unresolved allegations by opposition politicians.

This election is being contested for the Presidency, county and parliamentary seats, as well as for governorships, women representatives and the senate. The contest for the top post has a number of candidates but in terms of the main parties, it pitches two dynasties against each other. President Uhuru Kenyatta is the son of Kenya’s independence leader, Jomo Kenyatta. The leader of the multi-party coalition ranged against him is Raila Odinga, the son of the first vice President and founder of one of the first opposition parties to contest the successor to Jomo Kenyatta, Daniel arap Moi.

Understandably, a lot of attention is being paid to the biometric systems designed to prevent voting fraud and the electronic systems that will transmit results to the national centre. In the immediate run up to the elections the acting head of technology at the Independent Electoral and Boundaries Commission was found murdered. The head of the Electoral Commission has said security for the system is robust and that the technical team that worked with Chris Msando will be able to deliver the results as planned.

It’s a challenging political environment. The road to this moment has been pockmarked by court cases, allegations and suspicion. To secure the presidency a candidate must secure more than fifty per cent of the vote. But there is no such threshold for the other posts and the number of candidates at other levels means that someone could be elected with a relatively low vote. This opens the possibility of clashes and allegations that those taking office do not have a sufficient mandate.

Such an atmosphere makes the role of the election observers absolutely vital. The Commonwealth Observer Group is fielding 15 individuals with expertise in government, election management, law, youth and media under the chairmanship of the former President of Ghana, John Mahama. As a seasoned politician from the continent he is in no doubt that this election, above all others, will be crucial for the future direction of Kenya. ‘It is,’ he says, ‘a watershed’. His arrival statement expressed condolences from the Commonwealth to the family and colleagues of Mr. Msando while joining the heartfelt desire of many Kenyans for a peaceful process and credible election. 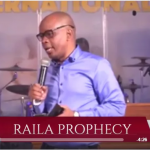