Jimmy Morales, a former TV comic elected Guatemala’s new president on a wave of public revulsion against widespread graft, was to take office Thursday in a ceremony attended by leaders from the Americas. Police were deployed throughout the capital to ensure security for the event.

Morales, 46, was previously best known for a television role as a country bumpkin who nearly becomes president.

Elections on October 25 elevated him to the office of head of state for real, by a landslide, despite having no political experience beyond an unsuccessful run for municipal office in 2011.

His victory was attributed to widespread public disgust with corruption, especially after his predecessor, Otto Perez, was felled by a major graft scandal.

Yet his political support is weak, with his conservative FCN-Nacion party holding just 11 seats in the 158-seat Congress.

Thus far, Morales has given few concrete indications of how he intends to make good on his vows to fight corruption, or respond to the country’s high murder rate and poverty.

“I will work with all my heart and strength not to let you down,” he said after his election triumph.

His government is expected to be unveiled hours after the inauguration ceremony, which was pared down on his orders to save money.

The FCN-Nacion party was formed by former military officers, some of them linked to atrocities committed during Guatemala’s 1960-1996 civil war.

Morales has denied the party has anyone tied to civil war abuses in its ranks. But one of its newly elected lawmakers is Edgar Ovalle, a former officer accused of human rights violations in the war who is fighting prosecutors’ efforts to strip him of immunity.

Guatemala has still not recovered from the social problems caused by the 36 years of conflict.

Its problems were heightened by political instability last year when protests erupted over a corruption scandal exposing kickbacks to officials in return for lowered customs duties for some companies.

Most Guatemalans view Morales with fondness as a familiar figure from his 15-year television career on a program he produced with his brother Sammy Morales.

“In 2004, Jimmy said, ‘I want to be president of Guatemala.’ I thought he was crazy,” Sammy Morales told a web magazine, Nomada, in an interview.

However, he asserted that his brother was prepared “academically, emotionally and spiritually” to take on his new role.

“Guatemala now has the best president it could have. A man who is just, fair, hardworking, honorable, dedicated, persistent,” Sammy Morales said;

According to his official biography, Morales, an Evangelical Christian, has a university degree in business administration, a masters in media and communication and another in strategic studies with a specialization in secuirty and defense.

He has been married for two decades to his wife, Gilda Patricia Marroquin, and has three children. 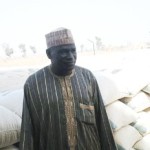