Some cocoa farmers in the Western region have raised red flags over the sale of fertilizers.

The farmers have given government two weeks to halt the sale of the fertilizers or face their wrath.

Speaking in an interview with Nyankonton Mu Nsem on Rainbow Radio 87.5Fm, spokesperson of the farmers, Mahamudu Koran said the sale of the fertilizer is not in the best interest the farmers.

According to him, the farmers will tomorrow [Saturday] stage a massive demonstration because the current administration has deceived them. He said, ‘’we gave the government a two-week ultimatum and if they fail to listen to us, we will stage a massive demonstration to press home our demand and get them to rescind their decision to sell the fertilizer to cocoa farmers.’’

The NPP government has replaced the free fertilization program introduced by the previous NDC government with a program under which farmers pay GH¢80.00 for a bag of fertilizer.

This initiative, according to the government is meant to halt or bring to an end the smuggling of subsidized fertilizers to neighboring countries. With the new program, a cocoa farmer who has 100 hectares of cocoa farm and was therefore entitled to 750 bags (7.5 bags of granular fertilizer per hectare) is expected to pay GH¢60,000 for the same 750.

However, the farmers he lamented will be badly affected especially those who are financially unstable. The Minority had also lambasted government for selling the fertilizer to farmers.

According to the Minority, the government is cheating cocoa farmers by asking them to buy fertilizers which have already been paid for by the previous NDC government.

According to them, the Mahama administration prior to the determination of the producer price of cocoa made provision for the purchase of 2.2 million bags of granular fertilizer and 1.6million liters of liquid fertilizer to fertilize over 1million hectares of cocoa farms free of charge to the farmer in the 2016/2017 cocoa season. 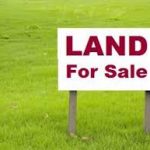