President John Mahama has described the claim that the governing National Democratic Congress (NDC) has not sited any development project in the Volta Region as vicious and wicked lies.

He said the attack propagated by his critics are not based on facts and has urged residents to reject the purveyors.

“We have invested heavily in the road sector, water sector, education sector, extending electricity, health sector, tertiary university and the evidence is there for everybody to see,” he said.

President Mahama made these remarks during the commissioning of the Kpando Water system on Monday as part of his six-day tour of the region ahead of the December 7 election.

The New Patriotic Party (NPP) has mounted pressure on government accusing it of doing little for the people of Volta Region.

He cited the plan by the paramount chief to establish a coal plant to generate about 1000 megawatts of power to augment the nation’s energy needs which he said has been hijacked by government.

“Why is government distracting individual Voltarians?” he asked, adding road projects undertaken by President Mahama’s government are inferior.
He however did not mention any of the roads in particular.

Reacting to the comments by the NPP Volta Region chair on the Joy FM’s Newsnite programme Monday, NDC 2016 Campaign Coordinator, Kofi Adams said he was not surprised to learn that the NPP has packaged “lies” to residents of the region in order to win votes.

He, however, expressed confidence that the “voters have seen exactly what this government is doing [and] promised the government will do more if given a second term. 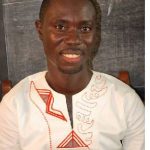 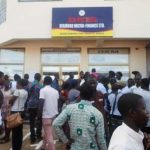