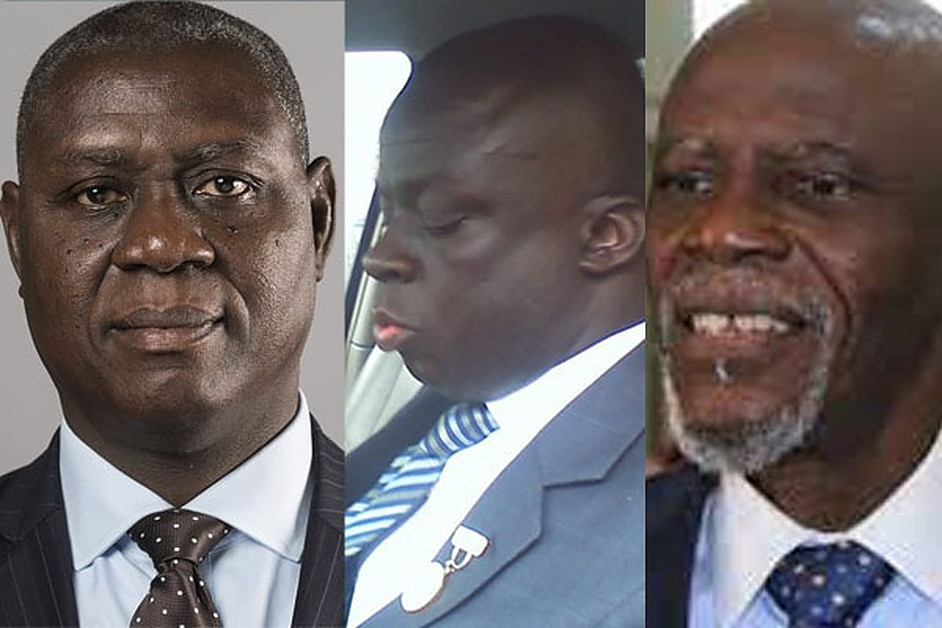 Ghana’s Chief Justice (CJ), has been mentioned in a response to a petition before the Disciplinary Committee of General Legal Council, as having demanded a whopping US$5 million by way of a bribe for a successful outcome in a case that is presently at the Supreme Court.

Justice Kwasi Anin-Yeboah, according to one Lawyer Kwasi Afrifa, a respondent to the petition, has allegedly pocketed US$500, 000 of the US$5 million bribe from one Ogyeedom Obranu Kwesi Atta VI, the petitioner who had dragged the lawyer to the General Legal Council for misconduct.

In a one-page document coincidently addressed to the Chief Justice in his capacity as the Chairman of the council, the traditional ruler claimed that in the course of handling his case, Lawyer Afrifa, had suggested to him that it was in his interest to, beside his fully paid up fees, provide an amount of US$100,000.00 to enable him (lawyer) to do some ways and means (gymnastics) on the case so that they can obtain a favourable decision.

The Herald’s information is that, Lawyer Kwasi Afrifa, is said to have been a longstanding pal with the Chief Justice and had in times past acted as his counsel in certain matters, but the two have since become arch-enemies, following some disagreement over some financial matters. This is said to have happened long before Justice Anin Yeboah, became Chief Justice.

The Kumasi-based lawyer, who denied the charges, has indicated his readiness to attend the proceedings of the General Legal Council on Thursday, July 15, 2021 to face his accuser.

He insisted in his response that aside the US$5 million, that Chief Justice allegedly demanded from the chief, he had also asked Ogyeedom Obranu Kwesi Atta VI, to replace him with President Nana Akufo-Addo’s lawyer in the 2020 election petition hearing, Akoto Ampaw.

This was after some politicians that the chief knew, had taken him to see the head of Ghana’s judiciary to allegedly negotiate how to financially procure his victory from the court.

Lawyer Kwasi Afrifa of O& A Legal Consult, in his response mentioned one Jinapor and Captain Koda, as those the chief told him he was connected to, but it’s not clear yet to The Herald, whether they were the politicians who allegedly took Ogyeedom Obranu Kwesi Atta VI, to see the Chief Justice.

Ogyeedom Obranu Kwesi Atta VI, in his petition titled: Petition Against Lawyer Akwasi Afrifa: Ogyeedom Obranu Kwesi Atta Vi V. Ghana Telecommunications Co. Ltd. Civil Suit No.J8/96/2020, said as “I am the Plaintiff/Respondent in the above matter which is currently pending before the Supreme Court. In or about 2019, I was introduced by a friend to lawyer Akwasi Afrifa, when I was looking for a lawyer to prosecute my case for me partly at the Court of Appeal – Cape Coast and fully at the Supreme Court. Subsequently I engaged the said Lawyer Akwasi Afrifa to handle my case in which engagement we agreed on a fee of Three Hundred Thousand Ghana cedis (300,000.00 GHS) which I paid him in full”.

The traditional ruler’s petition dated March 1, 2021, stated that “in the course of handling the case, he suggested to me that it was in my interest to, beside his fully paid up fees, provide an amount of One Hundred Thousand United States Dollars (US$100,000.00) to enable him to do some ways and means (gymnastics) on my case so that we can obtain a favourable decision. Being naïve and eager to see to the completion of my case favourably, I accepted to his request for him to have the money to go and perform the said Gymnastics to ensure success in my case. Although, I believed in the strength of my case, I decided to give him the money based on the advice he gave me”.

It said “after given him the money I realised from his demeanour that he did not use the money for its intended purpose as advised so I fired him from the case and asked him for a refund of the money, but he has since refunded Twenty Five Thousand United States Dollars (US$25,000.00) leaving a balance of Seventy Five Thousand United State Dollars due and owing to me. All efforts to retrieve the remaining amount have failed”.

“I am therefore appealing to you as the Chairman of the General Council of Lawyers to help me retrieve my Seventy-Five Thousand United State Dollars from Lawyer Akwasi Afrifa”.

However, Lawyer Akwasi Afrifa in a response dated July 8, 2021 fired “I categorically deny ever suggesting to the Petitioner that he provides any money whatsoever for what he cryptically describes in the said petition as “ways and means (gymnastics”. I certainly have not and will not collect or receive any such money from him”.

Rather “I represented the Petitioner in the Court of Appeal, Cape Coast and Supreme Court and also performed other duties for him particularly at the National House of Chiefs. He was so impressed and satisfied by my service that he even wanted to dispense with his substantive Lawyer, but I told him that I did not come into the matter to supplant the Lawyer and that I will stop the conduct of the case if he dispenses with the substantive Lawyer”.

According to him, “at the end of July 2020, the Petitioner informed me that friend if his who were highly connected politically had taken him to see the Chief Justice, who had agreed to help him win his case on condition that he drops my goodself as the Lawyer handling the case for him and engage Akoto Ampaw Esq in my stead”.

“He further informed me that the Chief Justice had demanded a bribe of USD$5,000,000.00 for a successful outcome to his case and that he had already paid USD$500,000.00 to the Chief Justice. He further indicated that he was hard-pressed to raise the remainder of the USD$5000,000.00 and so I should refund some of the GH¢300,000.00 paid me as fees because he had in line with the advice of the Chief Justice, engaged Akoto Ampaw Esq as Solicitor to continue the case before the Supreme Court”.

The lawyer stated that “out of sense of dignity on my part, I told him that I will rather refund the entire GH¢300,000.00 paid me and bear the cost of air travel, hotel bills, and other expenditure incurred by me in prosecuting his case at Cape Coast and Accra”, adding “we aggregated the GH¢300,000.00 paid me to me as being the equivalent of USD$50,000.00 which I was to refund to him without any timeline being indicated. He said he wanted the payment in dollars because he was raising the remainder of the money to be paid to the Chief Justice and that currency was his currency of choice”.

“I categorically deny ever suggesting to the Petitioner that he provides any money whatsoever for what he cryptically describes in the said petition as “ways and means (gymnastics”. I certainly have not and will not collect or receive any such money from him”.

Lawyer Afrifa insists that “the Petitioner is a novice in legal proceedings and had appeared before the Supreme Court before engaging my service as an Additional Solicitor to the substantive Lawyer, who had conducted the case from the trial High Court, Agona Swedru for several years up to the Supreme Court where I was engaged by him to assist the substantive Solicitor. He is an experience litigant and at the moment has several cases pending in various courts. For him to describe himself as, “naïve” is doubly-misleading and manifestly-fabricated”.

He charged that “the Petitioner holds a Masters Degree and is about entering LLB at Lancashire University. He is shrewd and experienced businessman and vigorously pursuing paramountcy of the stool he occupies. He holds himself as politically well-connected and counts Jinapor, Captain Koda et al amongst his closest friends and has uninhibited access to the seat of Government where he claims to a constant presence. Such a person does not need a hapless provincial Lawyer like myself to assist him pay a bribe”.

“Indeed, he told me that his own investigation which he caused personnel at BNI to conduct shows that the Chief Justice was in the process of acquiring several properties at a posh residential area in Kumasi and therefore needed the money urgently. I told him that I was simply not interested in his dealings with politicians and persons wielding power”, the Kumasi-based lawyer’s petition stated.

“In the light of the above, it is incredulous that such a monstrous allegation would be made by the Petitioner against and I look forward to setting the facts straight so the august Committee can determine the falsity of the allegation which I believe is contrived to tarnish my reputation against the backdrop that the Petitioner told me after his said discussion with the Chief Justice that he gets distinct impression that the Chief Justice has a deep-seated dislike and prejudice against me”.

“He has never made any demand on me for the refund of USD$100,000.00. he could not have made any such demand because he knows that he has given no such money to me. The entire content of his Petition are palpably false and mendacious falsehood as I will demonstrate at the hearing”, adding “I look forward to the proceedings of 15th July”.

Sources close to the Chief Justice say he has denied knowing the traditional ruler. It’s unclear whether the Chief Justice, would appear before the Disciplinary Committee of General Legal Council, which is constituted by him. 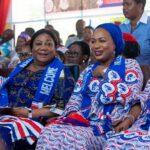 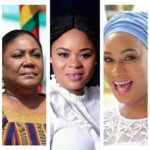