2012 Campaign Manager of the New Patriotic Party (NPP), Boakye Agyarko has described the on-going interchange at the Kwame Nkrumah Circle and Kasoa as a ‘waste of the taxpayers’ money’ and hence has called for their cancellation.

The much-touted project at Nkrumah Circle and the soon to commenced project at Kasoa in the Central Region, the former Governor of the Bank of New York said all add to the litany of unwanted projects being embarked upon by the Mahama administration.

He said on Accra-based Oman Fm on Tuesday that, the two projects do not serve greater specific purposes for the citizenry; adding, the government could have found alternatives for the projects other than spending hugely on them.

Described by President John Mahama as a ‘tourist attraction’ in Ghana, the Circle Project which is expected to be the lead achievement of the Mahama administration during the 2016 electioneering campaign is expected to ease congestion at the busy Accra-suburb and allow the flow of traffic.

Estimated at €74.88 million, it is currently about 80% complete, according to Resident Engineer in charge of the project, Kwaku Attakow Diafo, with a Daily Graphic report also describing it as one of the projects which has given the capital city a modern look.

Aside the flow of traffic, Mr. Agyarko said he was unaware of any specific benefit of the project, ‘so why would government spend about half a million dollars on the project.’

He posited that the government would have helped matters if the same amount or part of it were invested in the construction of certain roads in rural Ghana, which would have been of great benefit to the entire country.

“Spending about a hundred and seventy-two million on the Kasoa interchange is also another wasteful expenditure…,” he said.

He recounted that the now established Kasoa traffic was not in existence when the Kufuor administration opened the 16 kilometre three-lane Malam-Yamoransa road to traffic.

However, this traffic has become a monster to travelers who ply the Western corridor, with the congestion becoming more intensive during weekends and rush hours.

According to him, the traffic only came to being after NDC politicians in their desperation for power in 2008 promised traders evacuated from the roadside to a new market on the Bawjiase road of bringing them back to the location if they vote for them to win power.

“So why blame anyone now…the simple solution is to get the traders move back to the now empty new market stalls, and the traffic situation would be solved…,” he said. 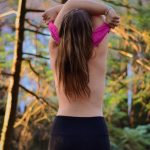 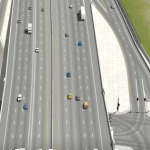