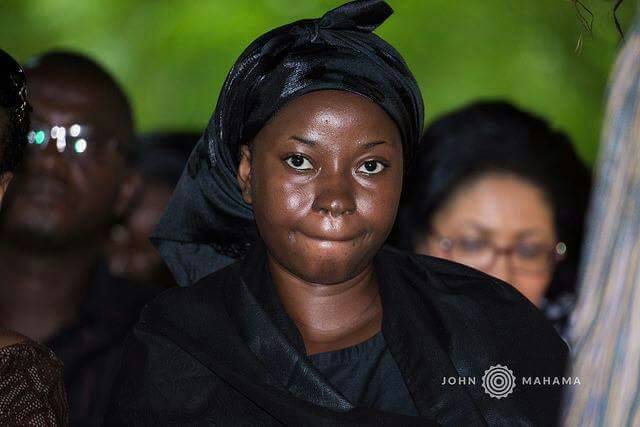 Barbara Mahama, the widow of the late Major Maxwell Mahama would soon be invited for interrogation by the Criminal Investigation Department of the Ghana Police.

Spokesperson for the CID, ASP Olivia Turkson, said the move forms part of on-going investigations into his gruesome killing by some residents of Denkyira Obuasi in the Central Region on Monday, May 29, 2017.
Over 50 suspects have so far been arrested over the murder, with some 12 others on the run.
Even though earlier reports indicated that the soldier was lynched on suspicion of being an armed robber, comments from some Ghanaians, including his wife’s tribute suggest otherwise.
Mrs. Mahama in her tribute indicated that the husband had informed her he was going to take his bath around 6 am.
play
The wife of Major Mahama delivering her tribute

“Yo, what was for breakfast” was the last message I sent you on Monday at 9:12 am after we spoke at 6 am and you said you were going to have your bath. For the first time in my life, I experienced a ripping heart on Monday night, I woke up to throw up, I had tummy issues too, I just felt sick.”
ASP Turkson has since indicated that the account by the wife provides useful information that will assist their investigation.
She, however, told Accra-based Asempa FM that her outfit is not in a hurry to speak to her at the moment, adding that “What is important is that we know the situation she was in, what she was going through and we shall invite her.”
She added that the priority at the moment is to be able to arrest all those connected to the killing of the soldier.