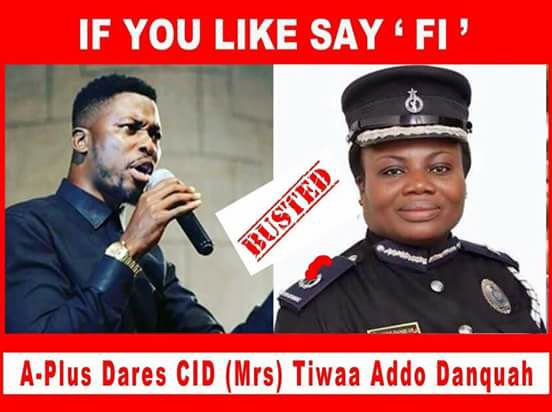 The Commission on Human Rights and Administrative Justice (CHRAJ) has exonerated the two Deputy Chiefs of Staff of corruption allegations made against them by Kwame Asare Obeng, aka A-Plus.

A-Plus took to Facebook in September to allege that Mr Francis Asenso-Boakye and Mr Abu Jinapor had interfered with the management of the Korle Bu Teaching Hospital. In his opinion, such interference amounted to corruption.

Although the Criminal Investigations Department (CID) had investigated the matter and exonerated the two, CHRAJ was petitioned by a group calling itself the Dynamic Youth Movement of Ghana to further investigate the matter.

Read also: A-Plus’ and Deputy Chief of Staff in war of words over corruption allegations

In a 24-page document, CHRAJ concluded that “The Commission is satisfied that the evidence does not support the allegations of corruption and abuse of power against Messrs A. Jinapor and Asenso Boakye… the allegations could not be substantiated whatsoever.”

“Accordingly, this complaint is hereby dismissed as being without merit and totally unwarranted,” CHRAJ concluded.

CHRAJ noted that, the “relations between A-Plus and the two Deputy Chiefs of Staff appeared “frosty” and may have accounted for the allegations Mr. Obeng levelled against the two.

It noted that “a possible strained relationship between Mr. Kwame Asare Obeng and Mr. Asenso-Boakye might have been extended to Mr. Jinapor as well. That could possibly be the ulterior motive for the allegations Mr. Asare Obeng leveled against the two Deputy Chiefs of Staff.”