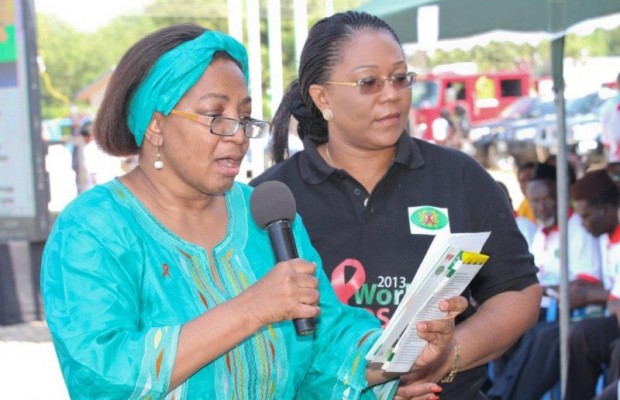 Suspended chairperson of the CHRAJ says she would have accepted to live at her official residence instead of renting a hotel room for nearly three years, an action that cost the state more than $148,500.

Her confession was contained in a report intercepted by Joy News following a judicial probe into allegations of abuse of office made against her.

President John Mahama is yet to take action on the suspended Commissioner for Human Rights and Administrative Justice (CHRAJ) 35 days after a report was submitted to his office.

Lauretta Lamptey came under intense public pressure in August 2014 following revelations that she had allegedly abused her office.

The President suspended Madam Lauretta Lamptey in January this year after a judicial probe set up by the Chief Justice established a prima facie case against her.

Details of the probe indicate Madam Lamptey was grilled on her choices of plane ticket, accommodation and her moral commitment to fighting for the disadvantaged in Ghana’s exploitative rent industry.

Although a 2012 Auditor-General report advised her to avoid “wasteful spending’, it did not stop the suspended human rights activist from upgrading her air tickets to business class despite the knowledge that the finances of the commission did not favour such spending.

She defended her travels to Network of Afrian National Human Rights Institutions programs saying the travels had brought Ghana and CHRAJ “ïmmeasurable prestige”.

But while she sought refuge in her work as Chairperson of the NANHRI, other African commissioners gave a damning verdict on her work.

In an exhibit tendered during the hearings, Lauretta Lamptey was accused of “general dereliction of duty”. Her colleague commissioners chastised her severely for improper conduct and described her as a total disgrace.

“In our view you embarassed and let down the network of African NHRIs. The Network expected and deserved better from you”

She was criticised for a “lack of seriousness in the conduct of the Network’s business”.

On her accomodation scandal, Lauretta Lamptey also conceded that her decision to stay at Best Western Hotel was a misjudgment.

“On the Best Western Hotel, definitely I would not have moved to a hotel if the expectation was that I would stay out of official residence for more than three weeks”.

“The financial burden of my hotel stay which I anticipated to be just a couple of weeks has been almost unbearable”.

She also confessed breaking the rent law by paying for accommodation in excess of six months.

“I must confess that I was not aware that the limitations for rent advance was six months. I was under the impression that the legal limit was 2 years”.

Lauretta Lamptey cost the taxpayer $148,500 in 33 months of rent at a plush African Union (AU) Village apartment where she stayed from November 2011 to April 2014.

She approved of the rent because renovation works on her official bungalow had not been completed. More than 180,000 cedis had already been spent on the renovations.

The Communications Minister Omane Boamah explained that all government appointees or public servants are entitled to a rent allowance not exceeding 20% of their basic salary if they are entitled to accommodation but have not been allocated same by the state.

It meant that it had to be established whether Ms Lamptey’s nearly $5,000 monthly rent at the AU Village was consistent with this rule.

Public outrage followed the revelations. Some expressed displeasure because Ms. Lamptey could have gotten a less expensive place to stay while her 10-year old official residence located on the Patrice Lumumba road, was being renovated.

Legal practitioner, Egbert Faible said the Commissioner’s conduct “leaves much to be desired”.

He doubts if the Commissioner would be able to pass judgment on a government official brought to the Commission for causing financial loss to the state.

The position of the CHRAJ Commissioner is equal to a Court of Appeal Judge.

After over seven months of investigation, the committee concluded its investigation in September 2015 and submitted its report to the Chief Justice Georgina Theodora Wood.

Lauretta Lamptey has been on suspension for nearly 10 months