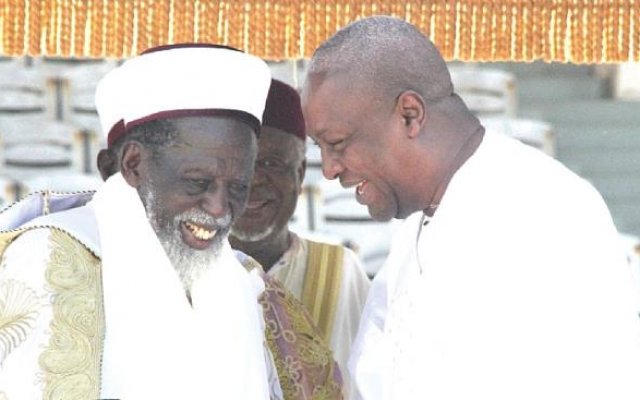 National Chief Imam Sheikh Dr Osmanu Nuhu Sharubutu has lauded President John Dramani Mahama for his leadership and the role he played in ensuring that the December 7 polls ended peacefully.

In the company of the Council of Muslim Chiefs, heads of the Tijjaniya and Ahmadiyya Muslim missions, the Islamic leader paid a courtesy call on Mr Mahama on Monday, December 12 and lauded the outgoing president for upholding the peace of the nation.

Mr Mahama of the National Democratic Congress (NDC) lost the presidential election, ending his hopes of a second tenure in office. He called the flag bearer of the opposition New Patriotic Party (NPP), Nana Akufo-Addo, on Friday and conceded defeat as he assured his commitment to a peaceful transition.

The transition team was inaugurated on Sunday, December 11, to oversee a smooth transfer of power to the next government.

The Chief Imam later paid a courtesy call on the president-elect at his Nima residence and assured him of his full support and prayers as he takes over the reins of government.

“For the past years we have been observing with admiration your exceptional courage and never-give-up-spirit in the face of an extraordinarily fierce contest.

We, therefore, join you and your vice president-elect, your families, and entire NPP fraternity, at this moment of your joyful celebration as president and vice president-elect. Your victory signifies to us another milestone in our national journey towards an enduring democracy.

Whilst rejoicing with you and your party we equally want to assure you of our continued support and prayers throughout your entire tenure as the president of our dear land.

It is important to put on record that your call for calm to your supporters prior to the declaration of the electoral results and the conciliatory tone of your victory speech has given ample testimony to your commitment for democracy and rule of law and, therefore, worthy of our commendation,” Sheik Aremeyaw Shaibu, spokesperson to the National Chief Imam, said.

“Let me add that a concern has been expressed by the current president about [what is] taking place across the country. And we also want to add our voice that such things, if they are going on, then probably your voice can also help to [resolve the problem] so we can also have a peaceful transition period,” he noted.

Nana Akufo-Addo on his part expressed gratitude to the Chief Imam and the entire Muslim fraternity for their prayers and support.

He noted that information available to him showed that jubilant supporters were calming down across the country and normalcy would be restored in the shortest time.

Mr Akufo Addo asked the Chief Imam to continue praying for him as he would need it more now that he was taking up the responsibility of president.

Mr Akufo-Addo said his wish was for Muslims and Christians to continue to live in peace and harmony.

Dr Mahamudu Bawumia, vice president-elect, also thanked the Chief Imam and entreated him to continue praying for the president-elect to sustain the peace in the country. “We continue to entreat him to pray for Nana Akufo-Addo and the peace of this country,” he stated. 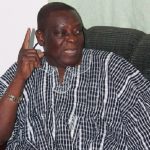 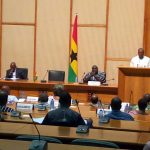