Chaos has erupted in Krofrom in Kumasi in the Ashanti region after an autopsy report exonerated three Police officers who were accused of the death of a 22-year-old man who was arrested in the area last week.

The autopsy report states that the deceased, who the Police suspected to be a criminal, died of a congestive heart failure.

Irate youth of the area who disagree with the conclusions in the report, which was conducted by pathologists at the Komfo Anokye Teaching Hospital, are reportedly chasing police officers in the area and burning tyres in the streets. They have also blocked the Airport-Krofrom highway, Ultimate FM’s Isaac Bediako Justice has reported.

According to residents, several calls that the deceased was not a criminal and was a case of mistaken identity fell on deaf ears as the Police officers brutally assaulted the victim with batons and dragged him on the streets till he became unconscious.

He was later bundled into a Police van and sent to the Komfo Anokye Teaching Hospital for treatment but was pronounced dead upon arrival at the hospital.

His death angered the youth of Krofom who blocked roads and burnt tires in protest of the youngman’s death. 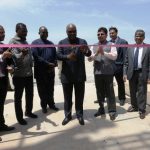 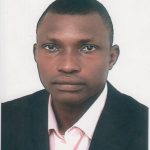