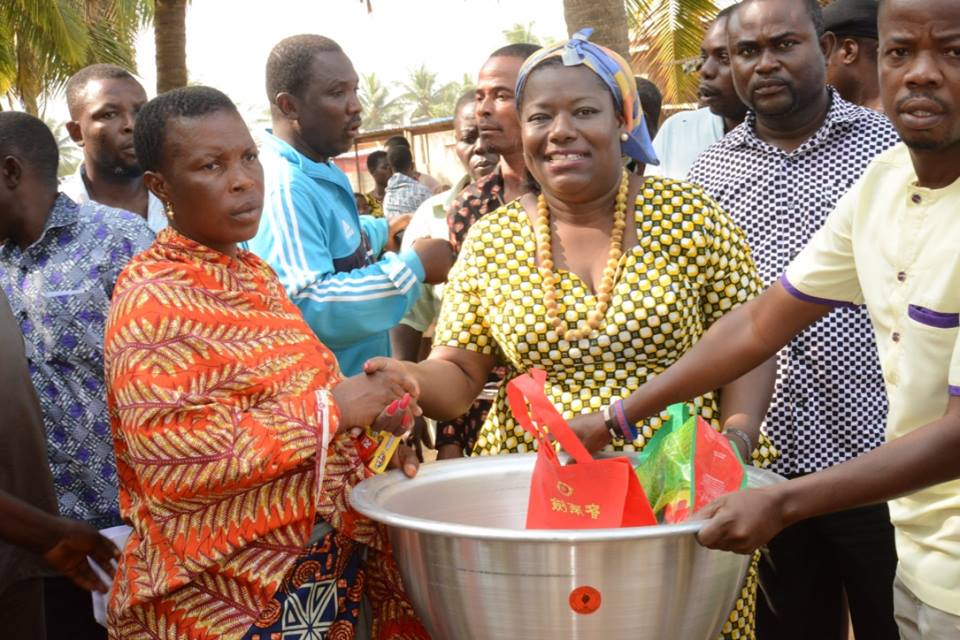 Gender Minister Nana Oye Lithur says she is confident the National Democratic Congress will win the December 7 polls to continue with their “transformational” agenda.

The ruling party launched its campaign for the 2016 elections Sunday reviving its rank and file ahead of the polls.

President John Mahama will be coming up against his main contender Nana Akufo-Addo of the New Patriotic Party, who is contesting the presidency for the third consecutive time.

Watchers say the polls will be close considering the dynamics involved.

In a Facebook post Monday, Oye Lithur wrote : “Yesterday at the newly constructed Cape Coast Stadium, we officially launched our 2016 Election Campaign. Under the abled leadership of President John Dramani Mahama, we are marching to another December 7th victory to “continue our Changing Lives – Transforming Ghana Agenda. Change is Happening Now!”

The human rights advocate who was apolitical before her appointment, has said she joined the NDC because of the leadership style of the President.