Nigeria’s bid to progress to the quarter-final of the African Nations Championship in Rwanda was yesterday delayed by Tunisia, who held their West African foes to a 1-1 draw and could have won had the assistant referee not disallowed a genuine goal in the first half.

Nigeria have four points from two matches, while Tunisia have two points, going into the final round of games next week
Playing before a packed crowd at the State De Kigalit, Nigeria went into the game seeking a win and direct passage to the quarter-final but the Tunisians, themselves needing a win or draw to stay alive presented a very stiff proposition for Coach Sunday Oliseh’s charges.

Having hit a hat-trick in the 4-1 rout of Niger on Monday, Abia Warriors forward, Chisom Chikatara was handed a start by Oliseh, operating in the centre of an attacking tripod of Osas Okoro on the left and Prince Aggrey on the right but the supplies from these wide men were cut off by an eagle-eye Tunisian side. In the opening quarter of the game, both sides showed flashes of promising and exciting runs, with Tunisia getting a couple of chances, which their top striker, Ahmed Akaichi uncharacteristically missed, causing coach Hatem Matsui to writhe in agony

The next 30 minutes were cagey but Tunisia were denied a dying minute goal in the first half when Akaichi scored off a pass, which was adjudged to have gone outside the line by the assistant referee, replays showed that the ball was not over the line and Tunisia were right to complain over the disallowed goal.

If the first half was cagey, the second interval was action-packed as Chikatara scored his fourth goal of the tournament in 51 minute, after being set up by man of the match, Osas Okoro but Tunisia drew level through dangerman Ahmed Akaichi after 70 minutes. It was Akaichi’s third goal and he could have joined Chikatara on four goal had he converted two other chances that came his way late on.

In levelling against Nigeria, Akiachi turned sharply inside the box to fire home a goal after he was set up by forward Essifi, who was brought in to bolster Tunisia’s attack.

Both sides pressed for the winner with the Tunisians getting the better chances but nothing came out of them. Both sides fate to progress to the quarter-final will be known on Tuesday, January 26, when the final group C games will be played, with Nigeria battling Guinea while Niger tackle Tunisia, at the same time. 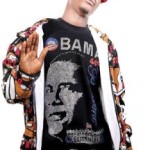