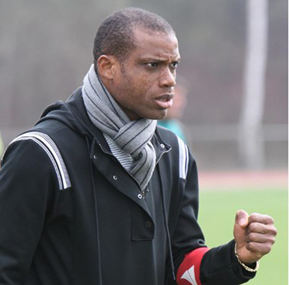 Super Eagles coach, Sunday Oliseh has explained that his team’s failure at the African Nations Championship was not a matter of tactical deficiency.

Rather the former Super Eagles captain listed that moral issues caused Nigeria’s shock exit from the tournament after losing 1-0 to Guinea in a match they only needed to draw to advance. “It was not a question of the tactics we chose for the game. The players were told what to do. We came out to win with a plan to stay compact when we have the ball to play. But strangely, we had the ball, and we didn’t play.

“What did not go right is the fact that I think somewhere inside it was difficult for the players to overcome some moral difficulties they have come across. This is an adult tournament and there are certain things which must be present if you want to go far and win the tournament, and that is what my players see is existing in other teams that we don’t have in our team.”