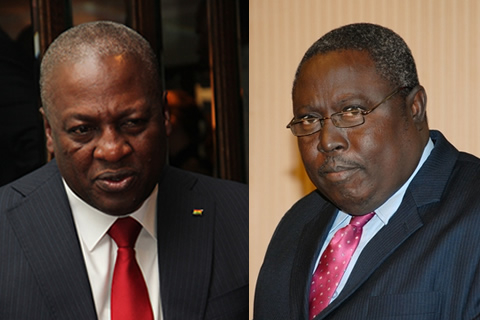 A former Commissioner of the Commission on Human Rights and Administrative Justice (CHRAJ) Justice Emile Short has called for a truce between anti-corruption crusaders Martin Amidu and Anas Aremeyaw Anas.

The duo have been at each other’s throat in the past few days with the former Attorney General calling the undercover journalist a “criminal”, claiming he is running a “fraudulent and unregistered” company – Tiger Eye PI.

The multiple-award-winning journalist in a statement noted the “Citizen Vigilante” is “confused” and engaging in “white lies” because he was unable to provide evidence over his claims.

Speaking to Starr News on Thursday, Justice Short noted “it is extremely important that there should be unity in the camp of all of us who are fighting to confront corruption.”

He added: “I would like to plead with both of them to stop the exchanges and rather come together and check out whatever differences they have… that is what is most important. Any further exchanges and accusations and allegations will not help the anti-corruption agenda.

“There should be ceasefire. The major objective for both of them should be to promote the anti-corruption agenda and they must settle their differences in an amicable manner.”

Despite the wild allegations being peddled by Amidu and the name calling, Justice Short was of the view that “their credibility is still intact.”