The issue of capturing and displaying of dead bodies who have either died naturally or through accident, had been a difficult issue to deal with and control on social media. The social media space has become an avenue for the projection and presentation of views that are varied, making the subject one that is never accepted universally. In an attempt to put this article together, I did snap checks on the internet to collate views presented by individuals on the subject as well as to ascertain the position by some few states.

I must say that this subject had been paramount to me over a long period of time, but was much forced out upon reading an article on www.itv.com published on June 16, 2017 with the title, “Man who took pictures of Grenfell Tower victim’s body is jailed”. In the story, a 43-year old man, Omega Mwaikambo was jailed for three months by the Westminster Magistrates’ Court for publishing the image of a dead victim from the fire that gutted Grenfell Tower in the United Kingdom on 14th June, 2017 under the clause “improper use of public electronic communications network” by posting a matter that is “grossly offensive or of an indecent, obscene or menacing character”.

My readings also took me to a feature article on www.daily-mail.co.zm published on February 10, 2017 under the title “Posting pictures of the dead on social media, question of morality” by Emelda Musonda, a Zambian. In that article, Emelda elaborated on two issues concerning images of two personalities whose corpses were published on various social media platforms, key of which were Facebook and Whatsapp. The cases of a businessman Reeves Malambo and a Zambian artist Joe Chibangu featured greatly in her article. She bemoaned the inhumane nature of such publication of images and drew attention to the feelings of the families of the deceased.

In 2015, the Jamaican state security had cause to lament over the distribution and publication of images of accident victims who are either injured or dead as a result. In an article published on www.jamaicaobserver.com titled “Stop posting crime scene photos on social media, cops warn”, the Jamaican Police High Command expressed its disgust at such acts and stated that such images are captured and published “without any regard for the feelings of the injured victims and family members”.

While it is difficult to tell at this very point the number of states and countries that criminalized the distribution and publication of images of dead bodies and accident victims, the little reading I did brought me to a publication on www.vice.com under the title “Should photographing corpses be illegal?” of Feb 23, 2015. In the publication, in January 2015 a bill was introduced to the West Virginia State Legislature that sought to make photographing of a corpse a misdemeanor offense “except for certain legitimate purposes”. The fine that were proposed in the bill were $50 for first time offenders and as much as $5,000 for third time violations of such a law if passed.

Reading a publication on www.nytimes.com written by Elisabeth Bumiller, in an attempt even by the United States to allow some form of photography of coffins of dead military officers from the Iran and Afghanistan war, which some stated that was hindering the real assessment of the cost of that war to the United States, an 18-year old military policy which prevented people from taking images of draped coffins of American soldiers who died in the war, was reversed by but with a clause that premised such acts on the approval of the families of the victims.

A review of these publications present one thing; it appears society has not taken into consideration, the fact that the dead have a right which much equally be respected. Even though laws may not exist to deal with any such violations in my country, I believe we must take a critical look at the phenomenon that has taken a position in our society.

We are humans not for nothing. We have been placed a level above animals because we are seen to be a bit more rational than animals. For this simple reason, we need to begin looking at this specific issue with a very critical lense.

When people die, they leave a scar on the hearts of their loved ones. A mutilated body even does give more pain to their families than anything else. Accident victims are vulnerable people who are unable to take any steps to protect the little dignity that is left.

As humans, we must ask ourselves if the people whose images we share, would have loved to lay in public in the state they are being published. That must be our guide. We are to guide and usher the remains of dead victims with the dignity they require, to rest as they journey out of this world.

The difficulty we have as a country remain that, people who have had training as journalists and who have publishing houses, are able to publish gory images of victims on their various media platforms and so, this makes it appropriate in the eye of the ordinary man who had received no training as a journalist.

As part of the ethics of journalism in my country Ghana, the publications of images of victims in that state is unethical. Perhaps, that it is not explicitly illegal, some have misapplied their discretions on the publications of such images, making it a norm that others see to be acceptable in our societies.

The proliferation of news-creating as well as news-distributing gadgets in the hands of individuals who have not received any training on ethics in news creation (Citizen Journalims) has made the task of controlling such phenomenon more daunting.

That being the case, even as we appeal to the morals of the individuals who find delight in circulating such images that hurt the sensibilities of families of victims, the world must begin taking a key consideration of such acts. Inasmuch as the Rights organizations would rise to defend the rights of those who would be apprehended by the law under such acts, such bodies must not forget that the rights of the dead are equally violated for which some measures must be adopted to restore some level of sanity in arresting the canker that has become a danger to the world.

Going forward, as a guide to those who would be reading this article and trying to appreciate the issues but who may be asking what could be done to broadcast on accidents and victims of such accidents, it must be noted that a normal image of the dead victim can be used (that’s a picture taken when the person was alive) and accompanied by any written piece. That is acceptable and would never hurt to a large extent, the feelings of the families of the dead. The other option available also is that if the publisher is able to blare the image of the victim beyond the point of recognition and identification by anyone, then such images are acceptable for publication.

Let us remain guided and continue to sustaining the human dignity for which we have been placed in a position above any living creature on earth. Thank you for taking time to read this article and let us resolve to make a difference. 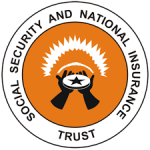 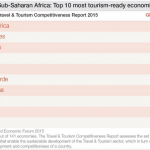