A Cape Coast High Court has annulled the results of the 2020 parliamentary elections in the Assin North constituency.
The Court, presided over by Justice Kwasi Boakye, ordered for fresh elections to be conducted in the constituency.
The case of the petitioner is that the MP, Joe Gyaakye Quayson, at the time of filing to contest the 2020 parliamentary elections, had not renounced his Canadian citizenship and thus held dual nationality.
He further avers that at the close of nominations on the 9th of October, the Assin MP had still not renounced his Canadian nationality. He says Joe Gyaakye Quayson, who still holds himself as the MP, is in complete violation of Article 94 (2a) thus the Court should declare his election null and void.

The Court explained that its jurisdiction could be invoked in an election petition when the EC conducts a parliamentary election and declares the results of the contest. Thus, he argued the Court’s jurisdiction was properly invoked.
The Independence of the EC in the conduct of elections is not in doubt and the Court won’t interfere in the operations of the EC unless an illegality and an unconstitutionality are being perpetrated by the EC.
He ruled that nothing precludes a petitioner from invoking the High Court’s original jurisdiction and, therefore, dismissed this challenge by Joe Gyaakye Quayson.

The judge said the facts of the matter were not in doubt. That is on December 17, 2019, the Assin North MP applied to renounce his Canadian citizenship.
Between October 5th and 9th filed to contest the Parliamentary elections. That he got his renunciation certificate on November 26, 2020.
The argument of the Assin North MP was that the delay in getting his certificate was purely administrative and arose out of the two-month lockdown as a result of the pandemic.

To this, the Court said, based on the certificate the MP submitted in his affidavit in response to the petition, he only ceased to be a Canadian citizen on November 26, 2020, and not any period before or at the time of filing to contest the elections.
The court indicated that the evidence on the face of the certificate destroys the case of the Assin North MP.
“It would be a bad precedent and a cancerous tumour in Ghana’s legal jurisprudence. Thus, he ceased to be a Canadian citizen after November 26, 2020,” the judge said. 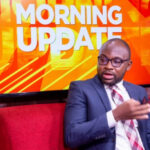 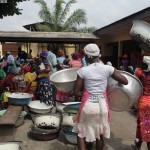