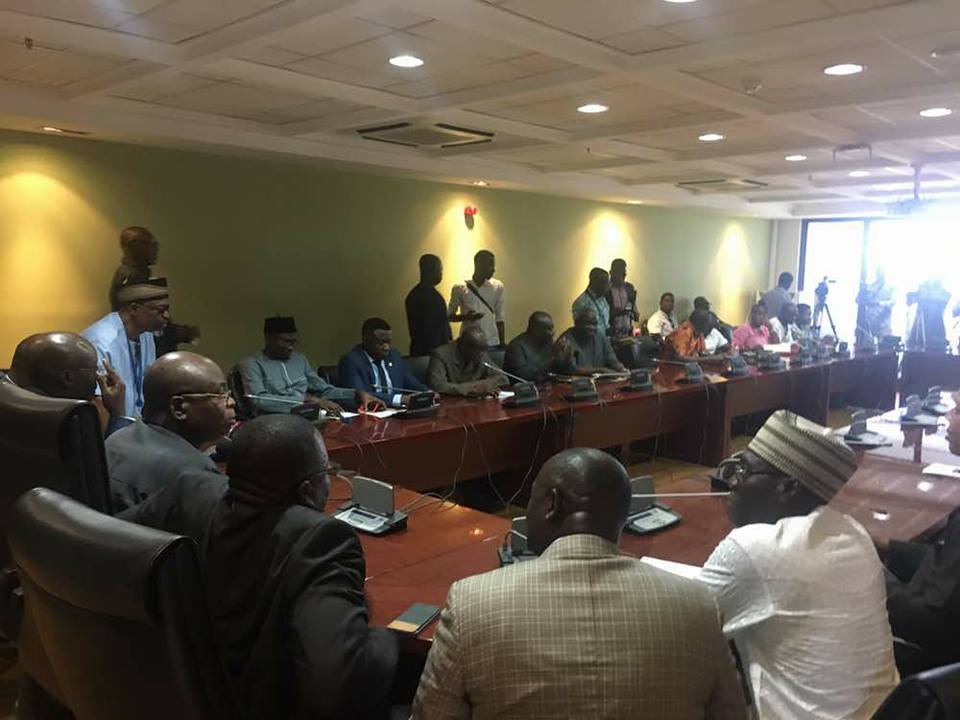 Minority Members of Parliament have asked the Akufo-Addo led government to hand over the governance of Ghana to the National Democratic Congress (NDC) if it is not ready to exhibit commitment to govern.

The call by the NDC MPs followed the failure of five ministers to appear before the House Thursday morning to answer questions related to their respective ministries. “Per the order paper, these five ministers were supposed to show up in Parliament today,” parliamentary correspondent Mercydalyne Lokko reported. However, she said the five, Minister for Railways Development, Minister of Labour and Employment, Minister for Works and Housing, Minister for Lands and Natural Resources and Minister of Regional Reorganisation and Development, were absent when proceedings started.

Their absence, our correspondent reported, caused an abrupt end of proceedings of Parliament Thursday. Second deputy majority chief whip, Moses Anim, informed the House that the five minister had written to Parliament to explain why they were unable to attend Thursday’s sitting but did not give the reasons.

“I hold in my hand responses from the ministers to the table office that the table office just submitted to me. So the ministers have responded. If you look at the order paper we can vary the order paper [and] suspend sitting…” he said. But the deputy minority chief whip, Ahmed Ibrahim, was unhappy about the conduct of the five ministers, stating “I can’t take the response given by the deputy whip serious” because the Ministers knew they had to appear before the House Thursday.

“Is he [Second deputy majority chief whip] telling this house that all the five ministers of state have written letters that none of them; not even one can avail himself before the house and responds to the questions that are being asked of them?” he wondered. Mr. Ibrahim said it was about time government takes the business of the House “very seriously”. “Today is 7th December and it was 7th December that Ghana went for elections; Just within one year and five ministers of state, not even one, is before the House to answer questions. “Government business must be taken seriously and this is the House of parliament, this is the heart of democracy, this is why 7th December Ghanaians went to queue to vote,” he said. Mr. Ibrahim added: “We can’t take this and we can’t believe this. Just one year, if you can’t handle the power give it to us we are ready”. Second Deputy Speaker, Alban Bagbin who presided over proceedings Thursday said the five ministers cannot “use unilateral fiat” not to appear before the House. He asked the Business Committee of the House to reprogramme the five ministers to appear to answer the various questions that have been asked. Meanwhile, majority leader Osei Keyi Mensah Bonsu said some of the leadership of the House is attending the funeral of the late Asantehemaa, which he said explained why some of them were not present in the House Thursday.